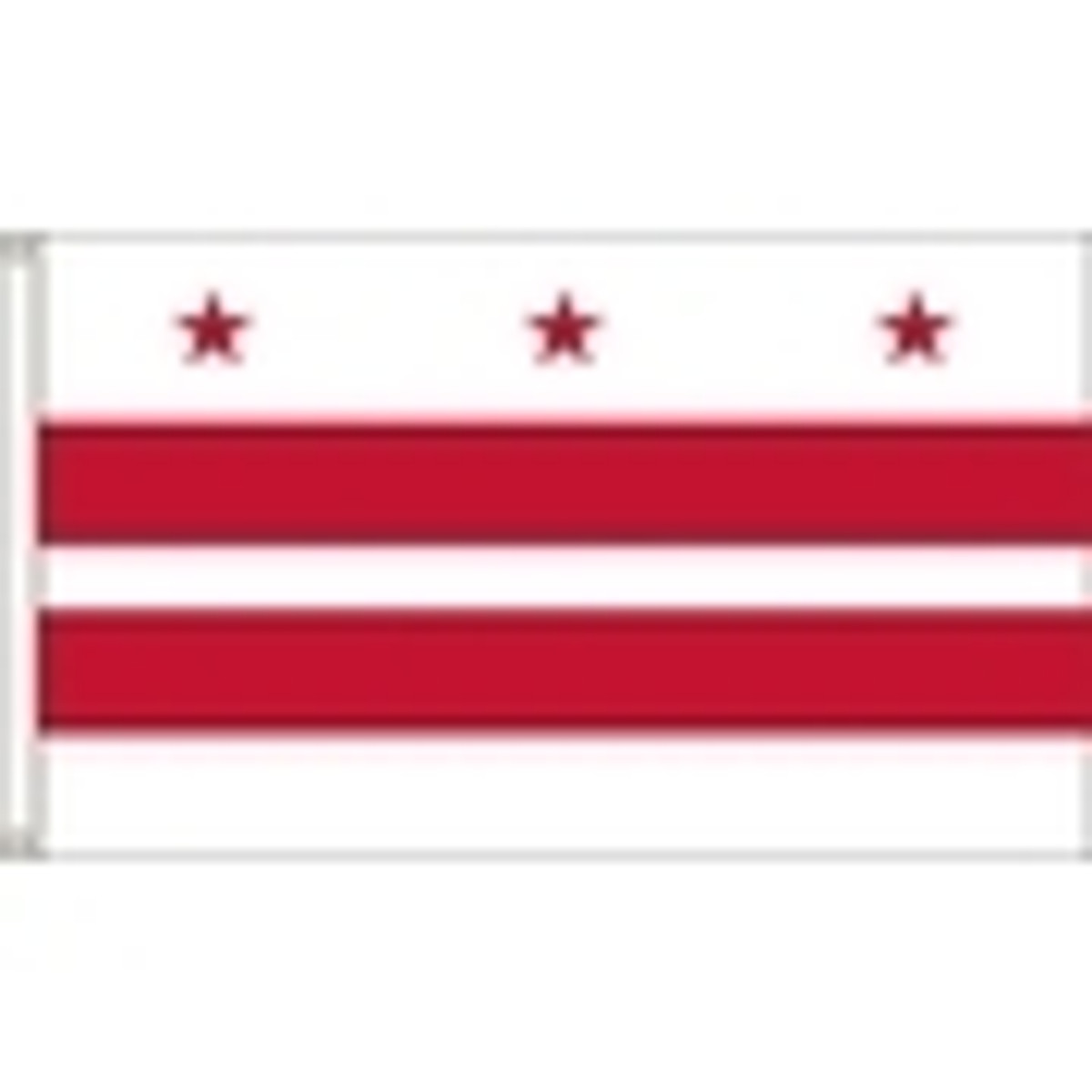 Washington was originally a separate municipality that was located within the Territory of Columbia until the effective merger of City and Territory by an act of Congress in 1871. It was then named District of Columbia and is presently our nation’s capital.

The design of this flag is inspired by the coat of arms of George Washington. The flag was designed by Charles A.R. Dunn who proposed the design in 1921, it was officially adopted in 1938.