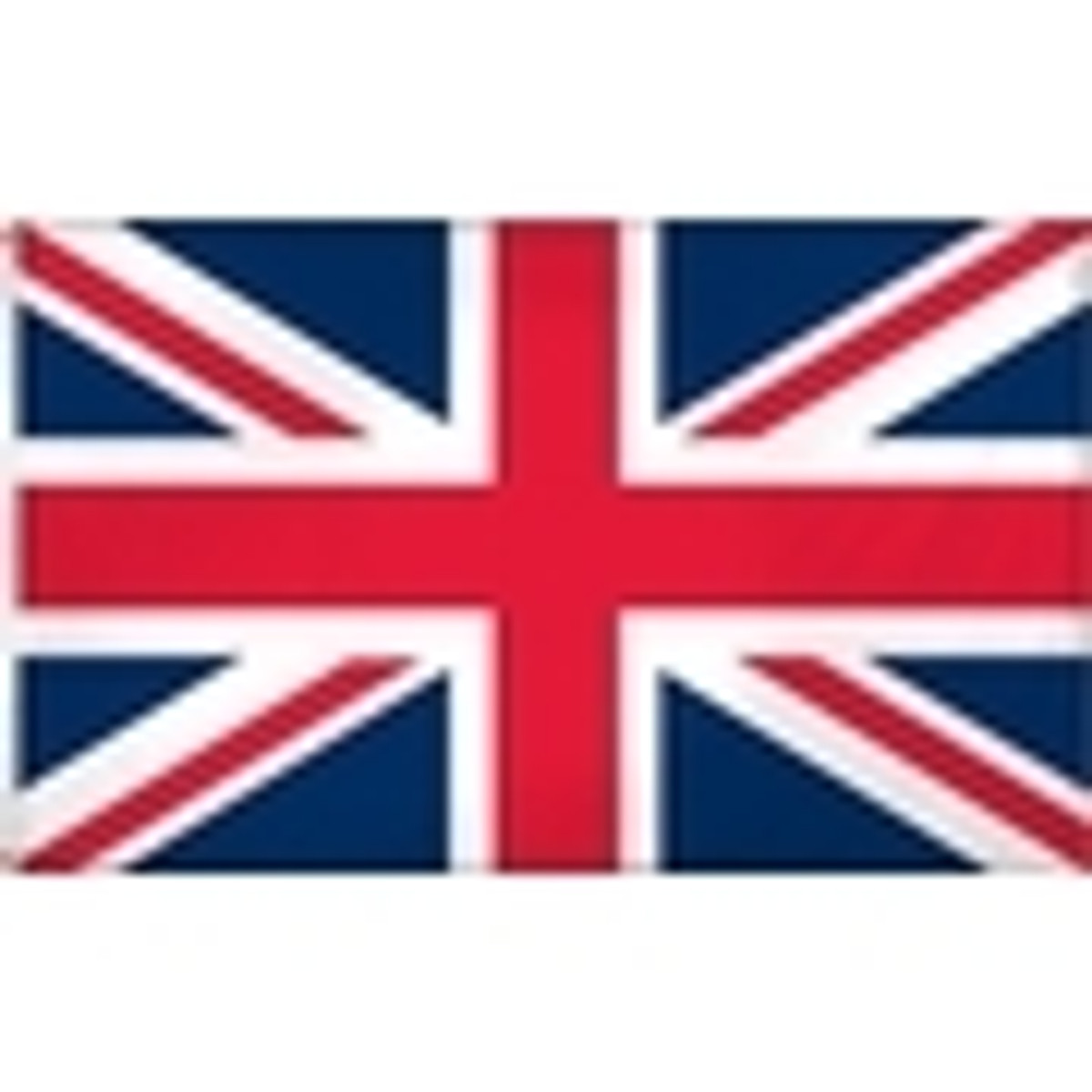 Our British flags from United States Flag Store range from 4-inch by 6-inch to 6-foot by 10-foot sizes. We also have flag of the United Kingdom lapel pins, decals and embroidered patches. More info...

Browsing for a British flag? We offer UK flags in three different choices of fabrics. Our Online Stores Brand Superknit polyester offers a nice blend of durability and attractiveness at an affordable price. We also have lower-priced polyester available. If you are looking for something to fly on a daily basis, our top quality nylon British flags, made by a leading U.S. flag company, are perfect for both indoor and outdoor use. Order your flag in a nylon, poly or poly blend fabric. The national flag of the United Kingdom is also known as the Union Jack. This red, white and blue flag consists of the white-outlined red cross of Saint George, the patron saint of England, superimposed over the cross of Saint Patrick, the patron saint of Ireland. This cross is superimposed over the saltire of Saint Andrew, the patron saint of Scotland. Although Wales is part of the U.K., the flag was designed at a time when Wales was part of England.

Did You Know? There is one U.S. state that incorporates the British flag in its state flag? Can you guess which one? For more details, visit FlagPictures.org, which has free British flag picture downloads, info and history.

So how’d you do? While you might think, it would be one of the original 13 colonies, it’s not. In fact, it’s the 50th state to join the union, Hawaii. The use of the symbol is thought to be a remnant of the period when Hawaii was a British protectorate (1794-1843).

The Best of Britain

The best of Britain is here. We have British flags in 4x6 inch, 12x18 inch, 2ft x 3ft, 3ft x 5ft and 4ft x 6ft sizes in nylon and 3ft x 5ft in Superknit and lower priced polyester. Other sizes are available on request and typically ship in 3-5 business days. We also have lapel pins, decals and patches to show your British pride. A great selection of durable and affordable flagpoles are also available.