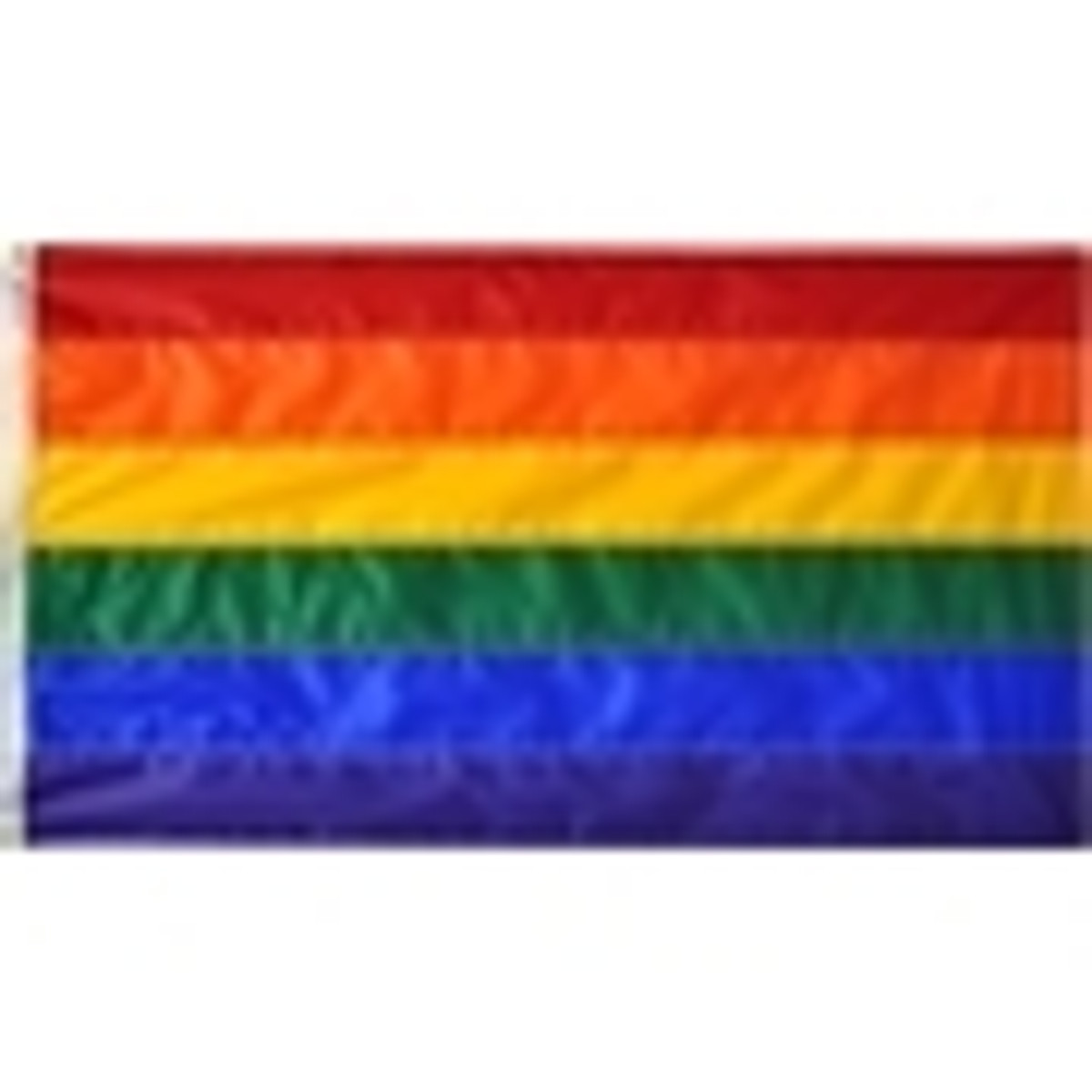 Rainbow Pride LGTBQ Sexuality Flags and their meaning - What does the rainbow flag mean?

The rainbow symbolizes the inclusionary concept of gay pride, and the United States Flag Store carries a fine selection of beautiful, vibrantly colored rainbow flags and pride flags. Made from polyester, these flags are as tough as they are beautiful and will provide long use without fraying. They're perfect for gay pride parades and for many other occasions and locales.

The United States Flag Store carries pride flags in a variety of sizes and styles so you can find exactly the rainbow pride flag you want. We carry banners and garden pride flags as well as flags in a myriad of fascinating designs. All are available at our typically low prices with fast shipping right to your door.

How many pride flags are there?

The demisexual flag was created by an internet user on the site AVEN, who at the time had expressed how they identified within demisexuality and found others who felt similarly. From there naturally like any group of people that wants to be recognized, the creation of the Demisexual flag came about. The Demisexual Flag is made up of four colors; purple, white, gray, and black. The design of the flag is a black triangle towards the lefthand side of the flag with a horizontal white, purple, and gray stripe behind it. In the flag the colors asexuality (black), demisexuality (gray), sexuality (white), and community (purple).

The sunset lesbian flag or also called the orange and pink flag was created to be more inclusive with the lesbian community. Like many other pride flags this flag also came from a social media user, specifically a blogger from Tumblr. Originally the design of this flag contained seven horizontal stripes that meant the following gender non-conformity (dark orange), independence (orange), community (light orange), unique relationships to womanhood (white) , serenity and peace (pink), love and sex (dusty pink), and femininity (dark rose). The current design only features five stripes which are the dark orange, light orange, white, pink, and dark rose stripes.

The non binary pride flag was created by Kye Rowan in 2014. They created the flag to create individuality within the LGBTQ+ community, before their design non-binary was lost under the Transgender umbrella. It was lost under this umbrella because both identities reference gender. Kye felt the that non binary people were separate from this umbrella and separate from the genderqueer identity which had become the symbol for non binary at the time. Thenon binary flagis made up of four horizontal stripes starting from top to bottom the colors are as follows yellow, white, purple, and black. The colors mean the following:

The Pansexual flag was created how most of the other LGBTQ+ pride flags have been, by an anonymous social media user named Jasper V. They created the design of the flag with the intention of separating Pansexuals from the Bisexual umbrella, giving the pansexual community its own symbol and recognition. The design is simple, from top to bottom it is three horizontal stripes; one yellow, one magenta, and one cyan.

American Trans women and activist Monica Helms is know as the creator of the Transgender Pride Flag. The colors of the horizontal stripes in the transgender pride flag are as follows one light blue stripe, one light pink, one center white stripe, another light pink stripe, and the last stripe is another light blue one. The light blue color in the flag represents the traditional color for a baby boy and the light pink stripe represents the traditional color for a baby girl. The creator states that the white stripe represents a transition area or a area for those who feel they do not fit into a gender binary, a gender neutral area.

Progress Pride Flag- What does the progress pride flag mean?