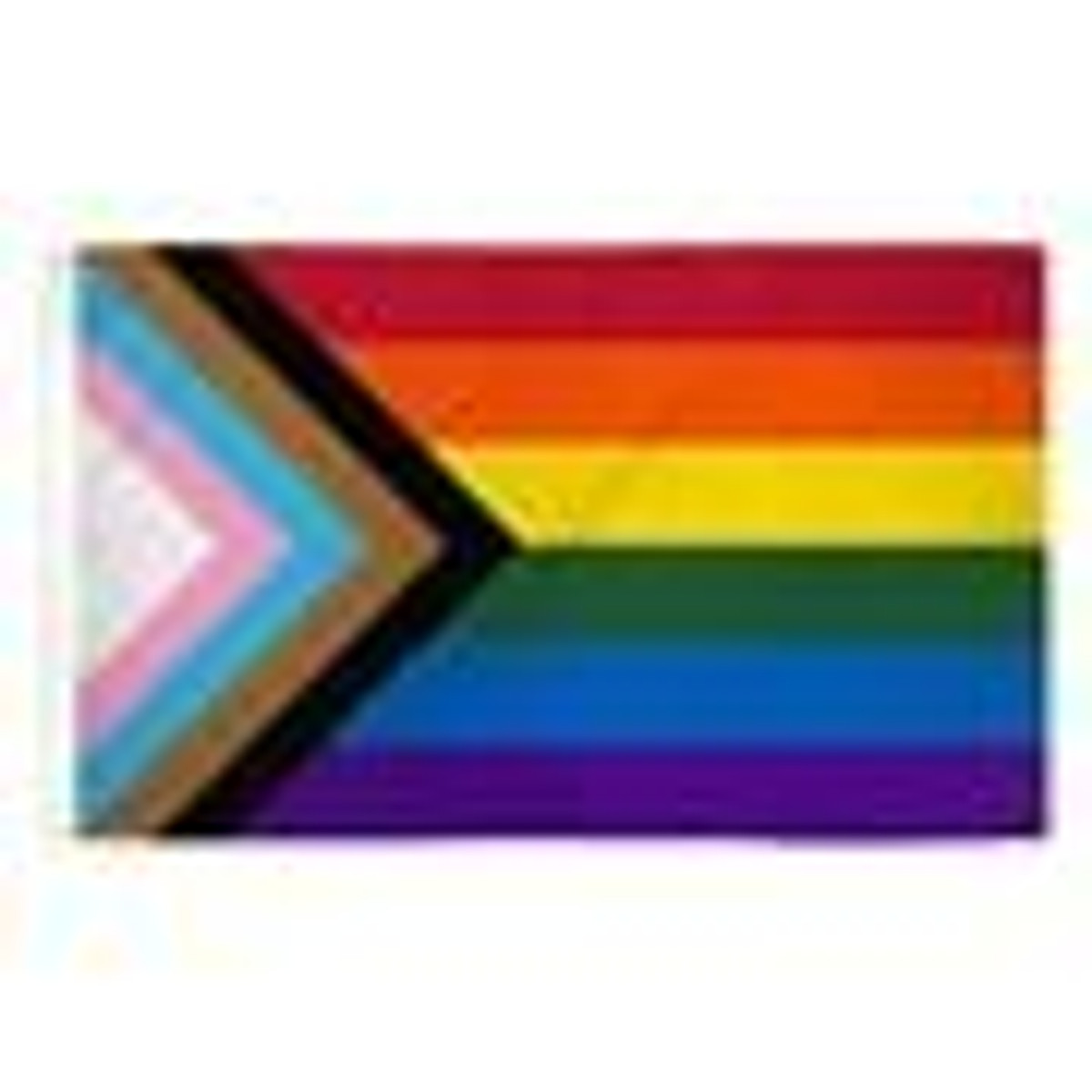 What do all the colors of the progressive pride flag mean? (pink, blue, white, brown, black)

When Quasar imagined the design for the Progress pride flag what they really were trying to do was reimagine the rainbow pride flag. So the colors still have the same meaning as they would in the original rainbow pride flag design by Gilbert Baker. However Quasar wanted to show visibility to Transgender, Nonbinary, and Queer people of color communities that are discriminated against within the LGBTQ+ community as well as in society. In the progress pride flag there is a chevron with a pink, blue, white, and brown stripes. This chevron is meant to be seen as a an arrow symbolizing the importance of moving forward with inclusivity for the represented community members.

Can you hang a pride flag vertically?

You can hang a gay pride flag any way that suits how you would like to display it. During pride month many people take their pride flags with them to pride events where they wear the flags, display them on vehicles, hold them, and/or display them in many other ways. Here you can find pride flags perfect for display, they have vibrant colors and durable materials that will make you proud to display your symbol for the LGBT community this pride month.

Where to buy progress pride flag?

You can buy progress pride flags here. Pride flags have been visible symbols for the LGBT community for many years, support these communities and find a pride flag perfect for spreading awareness and visibility this pride season.

Why did the original pride flag change?

The original pride flag still remains there is now just different variations of the original rainbow flag. The original rainbow flag or pride flag was created by Gilbert Baker, originally the design had 8 stripes. The turquoise and pink were removed however due to the dye costing to much when producing the flags, so that is where the rainbow flag design we know today comes from. Other new design of the rainbow pride flag are the Philly pride flag which was created to represent Queer people of color and the progress pride flag which was meant to represent the underrepresented Transgender and Queer people of color communities. The progress pride was created with the attention to the issues at hand in mind around the treatment of those misrepresented communities. The arrow in the design states that there needs to be a forward movement in inclusivity.