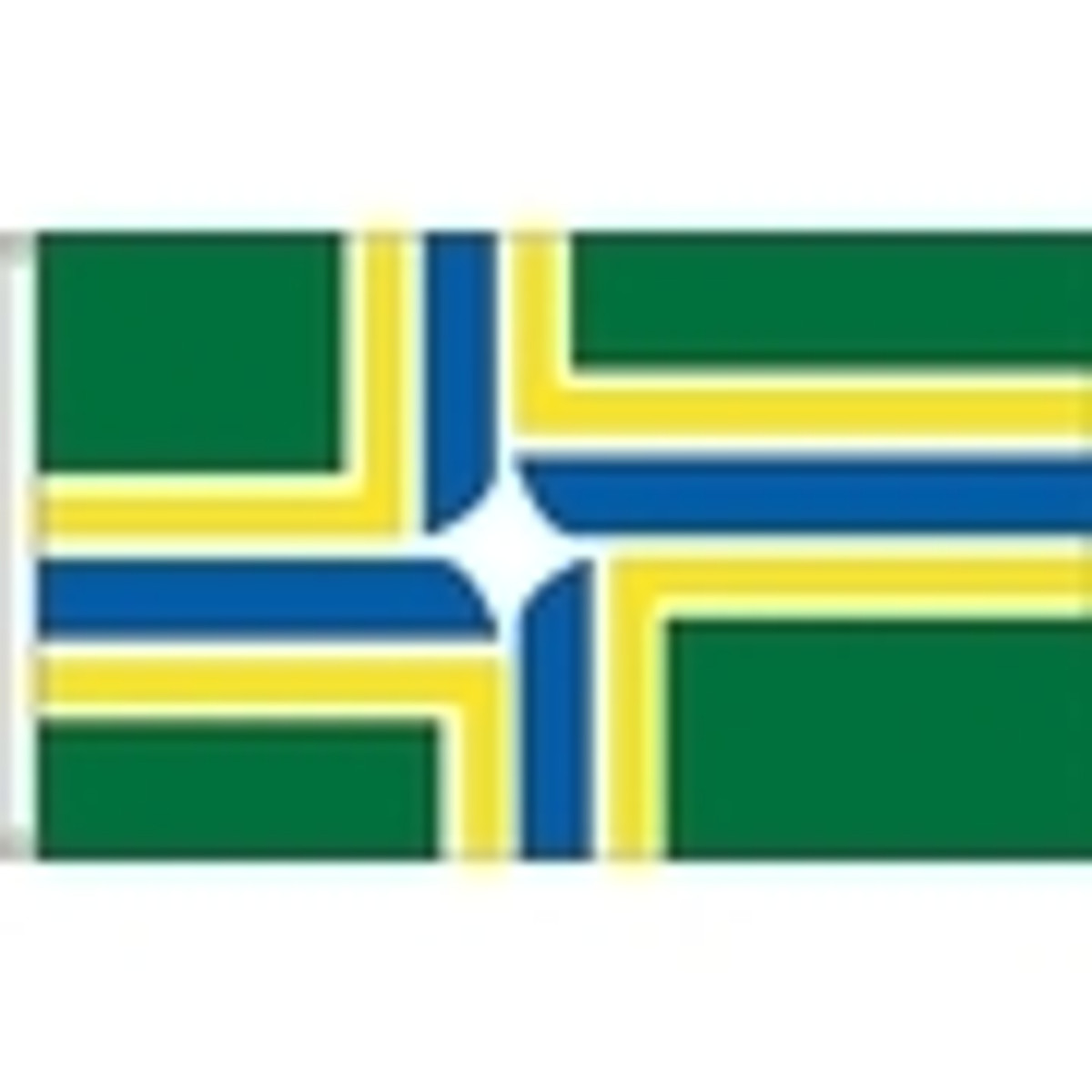 In 1843 William Overton came up on large piece of land for which he saw great commercial potential. Lacking the money that was needed to claim the land he joined forces with a partner Asa Lovejoy of Boston. Overton later sold his half to Francis Pettygrove of Portland, Maine. Each of them wanted to name the land after their hometowns and it was finally decided by a coin toss in which Pettygrove won two out of three. It was incorporated as a city later on in 1851.

The flag was designed by Douglas Lynch in 1969 and adopted in 2002. The green stands for “the forests and our green city”, blue is for “our rivers”, and yellow for “agriculture and commerce”.

Get your Portland Flag today!