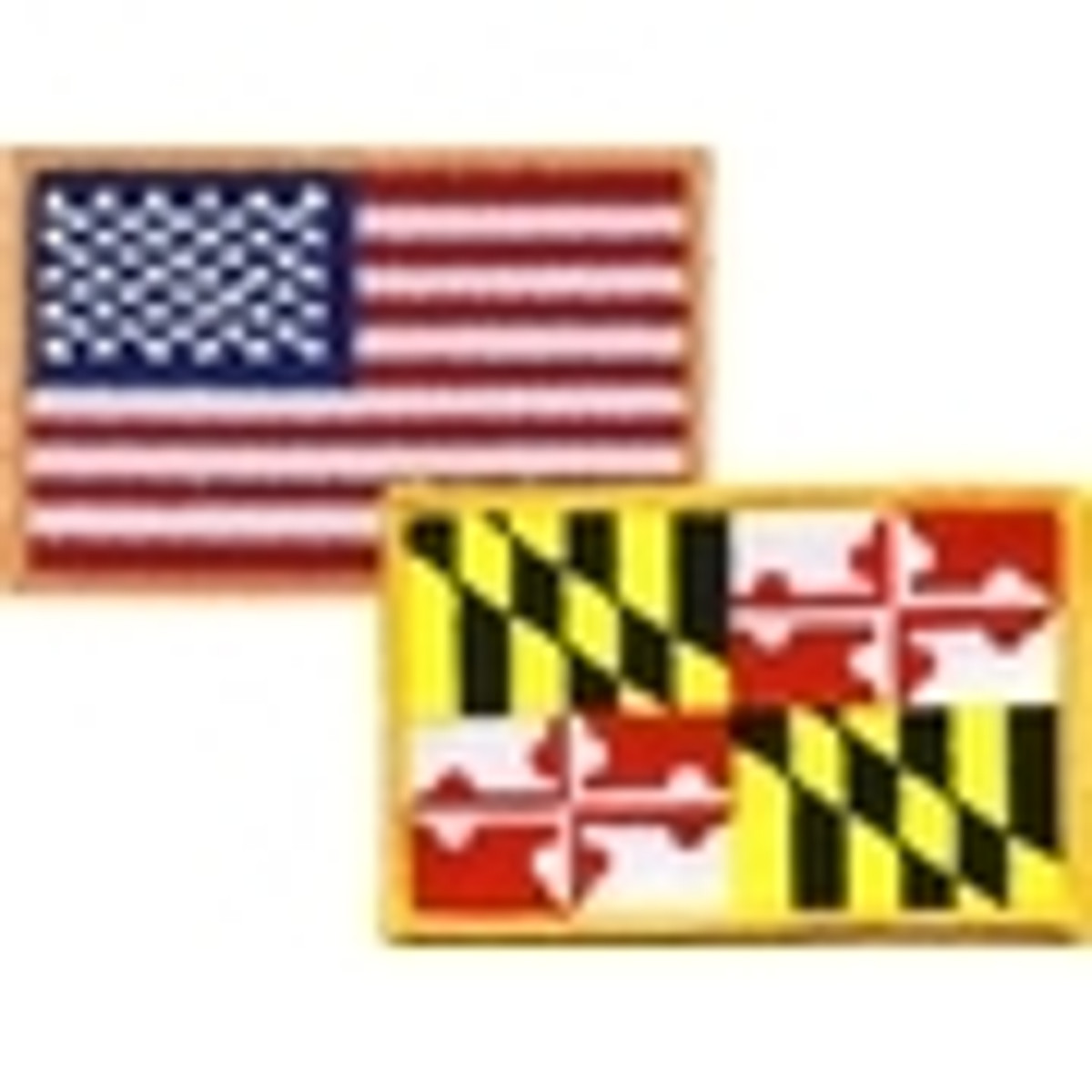 Flag Patches for your Hat and Jacket

Waving that red, white and blue can come in many forms and doesn't have to be confined to just your front yard, you can wear it with pride on some of your favorite items! They make a wonderful addition to hats, jackets and even backpacks and other bags. They can make a great coat or bag, patriotic, unique and even better.

The United States Flag Store is your one stop premier shop for all things American Flag and American Flag accessories. We have got a variety of American flag patches at reasonable price, ready to be sewn onto the arm or chest of your favorite jacket.

Our Super Tough Standard American Flag Patch offer you machine quality embroidery at a value price so you can patch up all your gear. This features a gold border on the outside of the flag and measures 2 inches by 3 inches. This standard patch also comes in a larger 2.25 inches by 3.5 inches.

We also have a Waving Standard American Flag Patch which has a gold border and measures 2.5 inches by 3.5 inches, perfect for a little different look in your flag and to give the illusion of movement, Old Glory in all 'er glory.

Iron On and Embroidered

If you are looking to forego the trouble of sewing, we also have some patches that can just as easily be ironed on. The American Flag Standard Patch 2.25" x 3.5" comes with beautiful, bright colors and is ready to seal the deal.

This American Flag Patch with Gold Border measures 1.25 inches by 2 inches, is fully embroidered and an iron on patch as well. This patch is designed to be worn on the left sleeve.

We also carry American Flag patches with a right star field! These are designed to be worn on the right sleeve of a shirt, jacket or uniform.

Just like with displaying the flag, there are rules of etiquette for the proper use of American flag patches. Civilians often question why the U.S. army flag patch is reversed when worn on the uniform of army personnel. The truth is that the flag patch is only reversed when it is displayed on the right shoulder because the blue field of stars is supposed to always be in a position of honor and to appear as if it is always moving forward. What is said about this is it's not necessarily reversed; we are merely seeing the American flag from the other side.

Anyone who wishes to can wear an American flag patch if they want to and this very much includes civilians. The biggest thing to keep in mind when deciding to do so would be to make sure you still follow proper flag code when placing and wearing your American flag patch. You will always want to make sure that your flag patch is being placed in a manner that shows respect to the flag. The most popular places people find for their American Flag patches include the left and right sleeve and left lapel and chest area of their shirt, uniform or jacket providing they have the correct patches for that. To clarify on this, for example a flag patch with the blue field on the left of the flag will be worn on the left arm or side, while flags with the field on the right will be on the right arm or side. If you are wearing multiple patches on a piece of clothing, it is still important to keep the American Flag at the highest point to symbolize its importance and value. As with flag code, you don't want to cover the American Flag up with any other patches, marking, lettering or any other symbol as that is a big sign of disrespect towards the flag.

Does the American flag patch go on the left or right?

The answer to this question would depend on the style of American flag patch, as there are different designs made specifically for each sleeve. For the typical American Flag patch with the blue field on the left, the placement for this is going to be on the left, this could be the sleeve, lapel or chest area. For the American flag patches that see the blue field facing to the right, these are designed to go primarily on the right sleeve of a jacket, uniform or shirt. The intention behind this is to give the appearance of the American flag as always moving forward while being worn on the individual. This also gives the American flag its due diligence and respect.

Why is the American flag patch backwards? Is it like this on uniforms?

The American flag patch would appear backwards if it is located on the right sleeve of a jacket, shirt or uniform. This is done to have the American flag to appear as if it is always moving forward when being worn and in fact isn't technically backwards but merely just showing itself in its appearance from the other side as if it were on a flagpole.