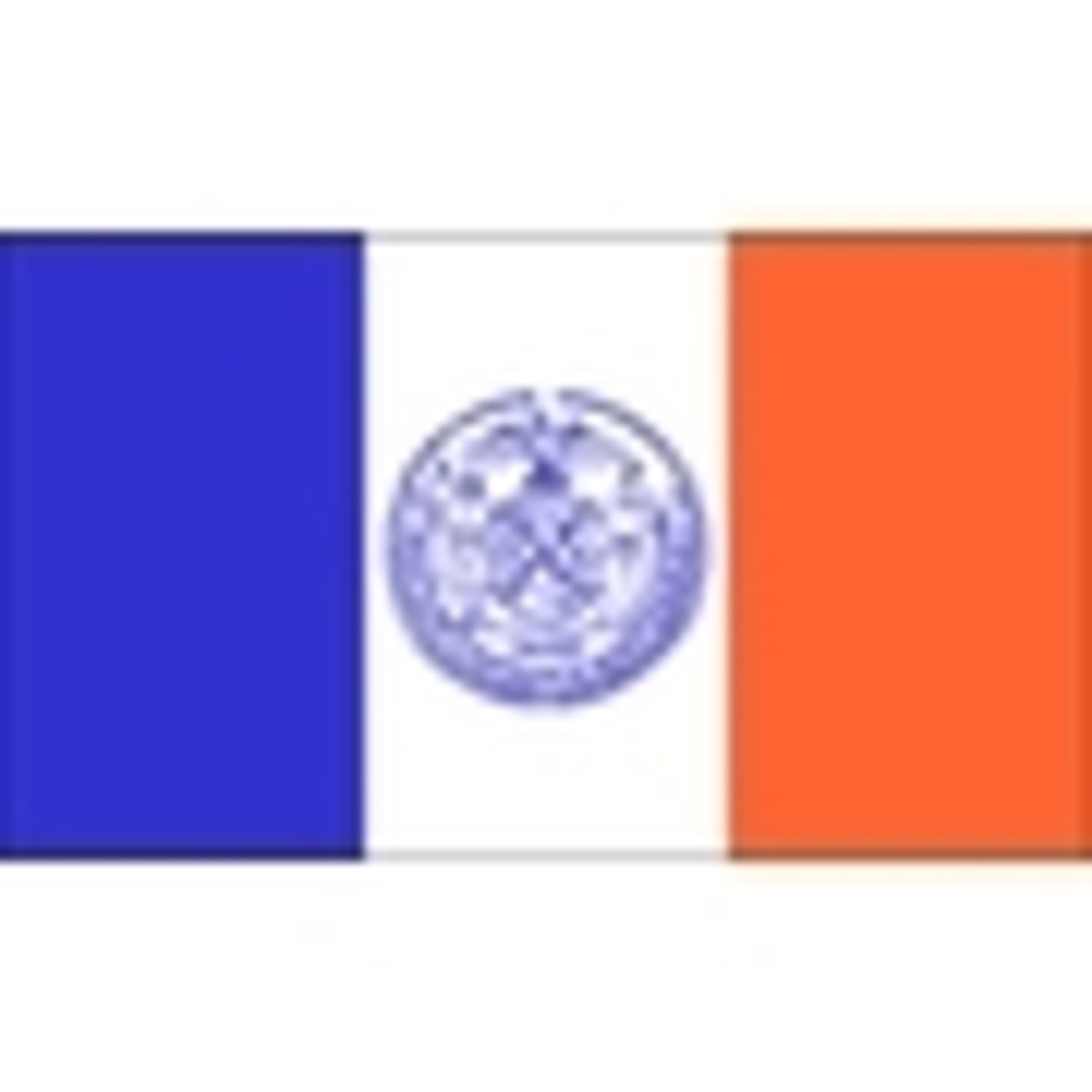 In 1664, New Amsterdam was conquered by the English and named it New York after the English Duke of York and Albany. At one point, it was also the nation’s capitol where they had the Constitution ratified and the first President, George Washington inaugurated. Today it is the largest city in the United States.

The flags tri-color design was taken from the flag of the United Netherlands that was used in 1625. The city seal in the middle has a lot of symbolism behind it. The bald eagle is the symbol of the U.S.A., the Native American is for the original inhabitants of the area, the seaman symbolizes the colonisers of the area, the beaver is for the VOC which is the Dutch East India Company, which was the first company in New York, the windmill and flour barrels remembers the Dutch history and the prosperous industry of milling flour, while the 1625 is for the year the city of Nieuw Amsterdam was founded by the Dutch.