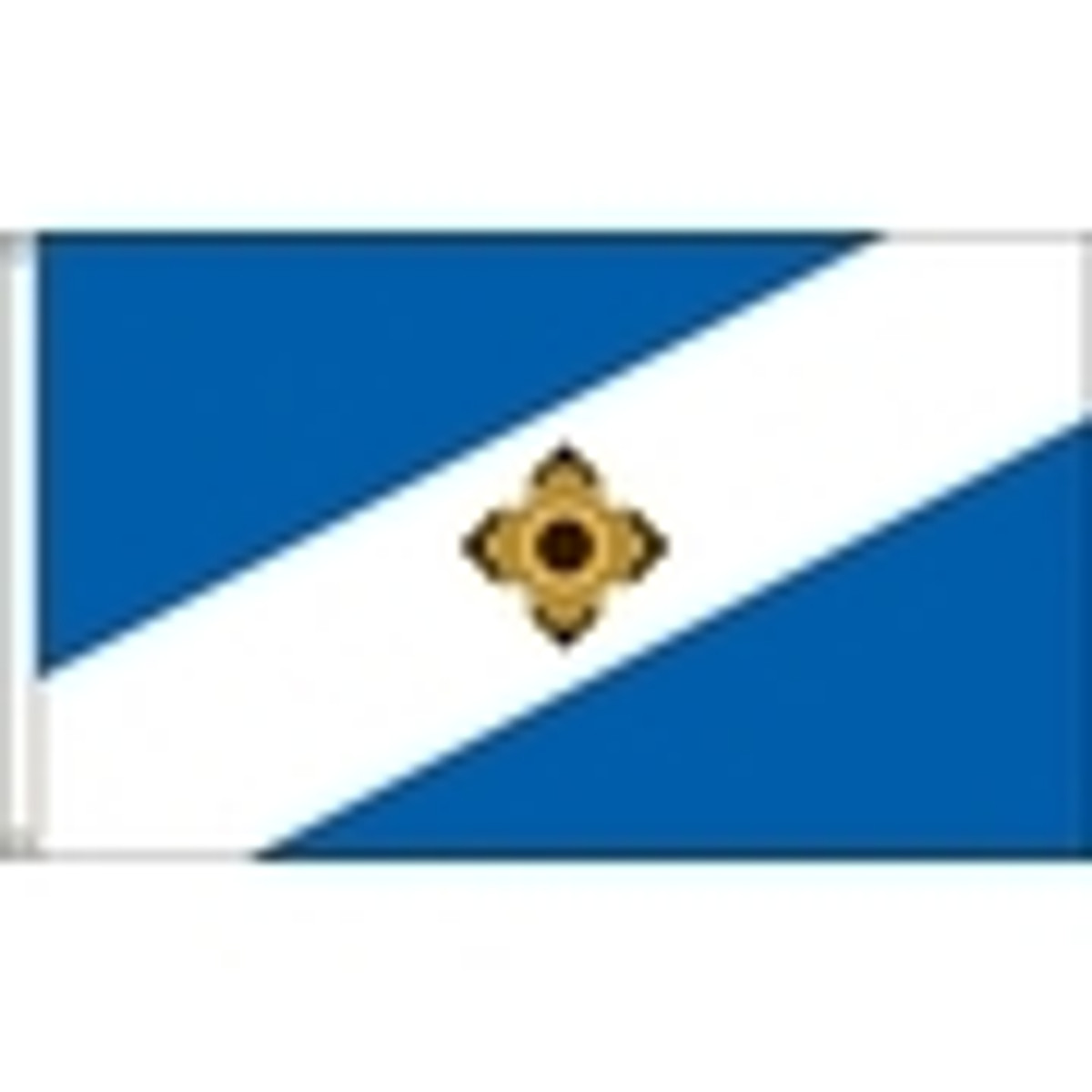 Madison was formed in 1836 by former federal judge James Duane Doty. He named it Madison after James Madison, the fourth President of the U.S. and renamed the streets after the other signers of the Constitution. 20 years later Madison became a city.

Designed by Rick and Dennis Stone with help from John Price, the flag was adopted in 1962 by the municipal government. The two blue triangles symbolize Lake Mendota and Lake Monona with the isthmus between them. The black cross in the center represents the four lakes (Mendota, Monona, Wingra, and Waubesa) and the state capitol. Inside of the cross is an Indian Sun symbol.

Make sure you pick up one of your city’s beautiful flags!