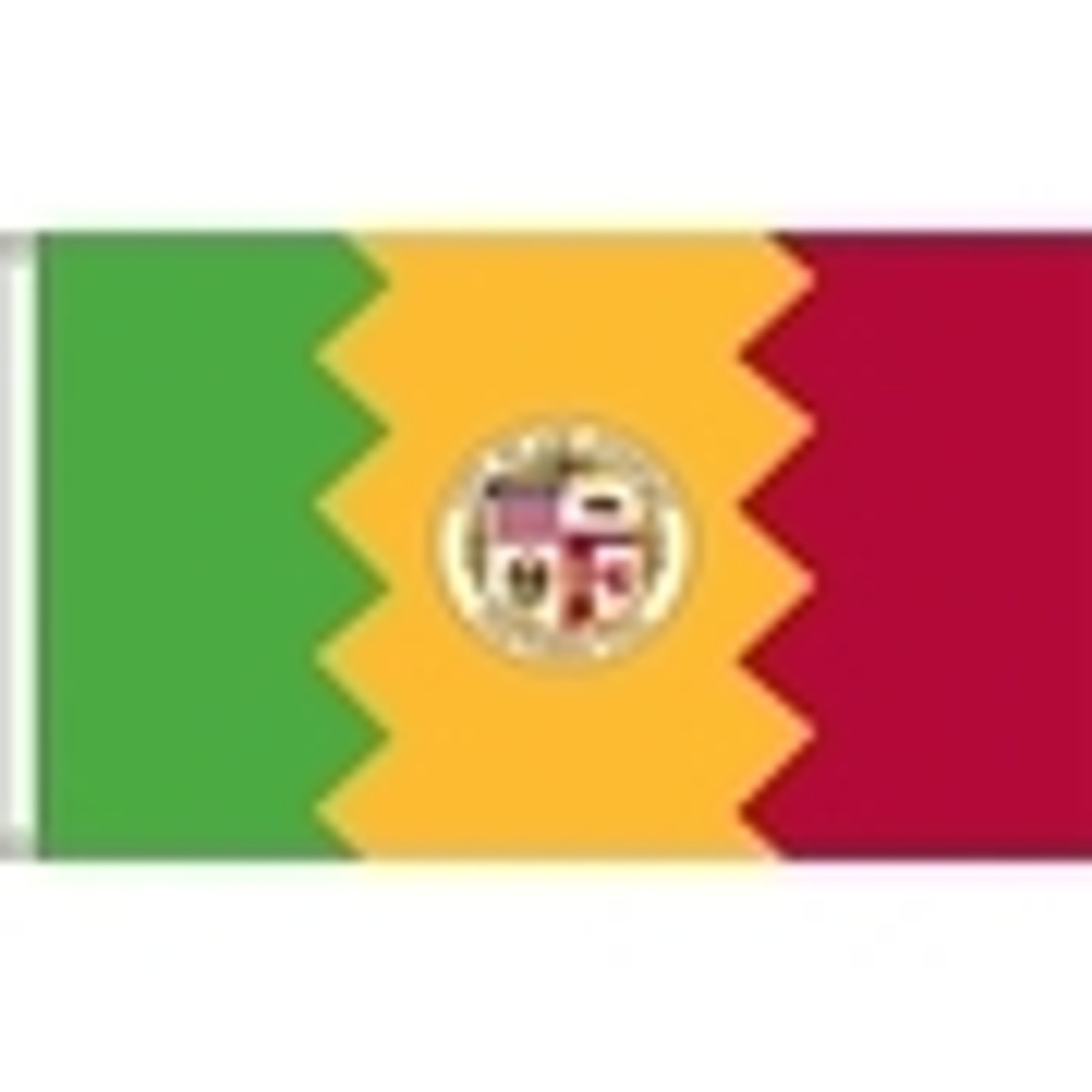 The second largest city in the country, Los Angeles, which means “the angels” in Spanish, was founded in 1781 by Felipe de Neve, Spanish governor at the time. After the United States acquired California as part of a treaty, Los Angeles was incorporated as a municipality in April of 1850.

The green in the flag represents the olive trees, the gold represents the orange groves, and the red represents the vineyards. The colors in this flag are also present in the flags of Mexico and Spain, two of the nations who ruled over this area before it became part of the United States. Roy E. Silent and E. S. Jones designed the flag in 1931 for the Los Angeles sesquicentennial. The symbol in the center is the city’s seal.

Get your Los Angeles Flag today!