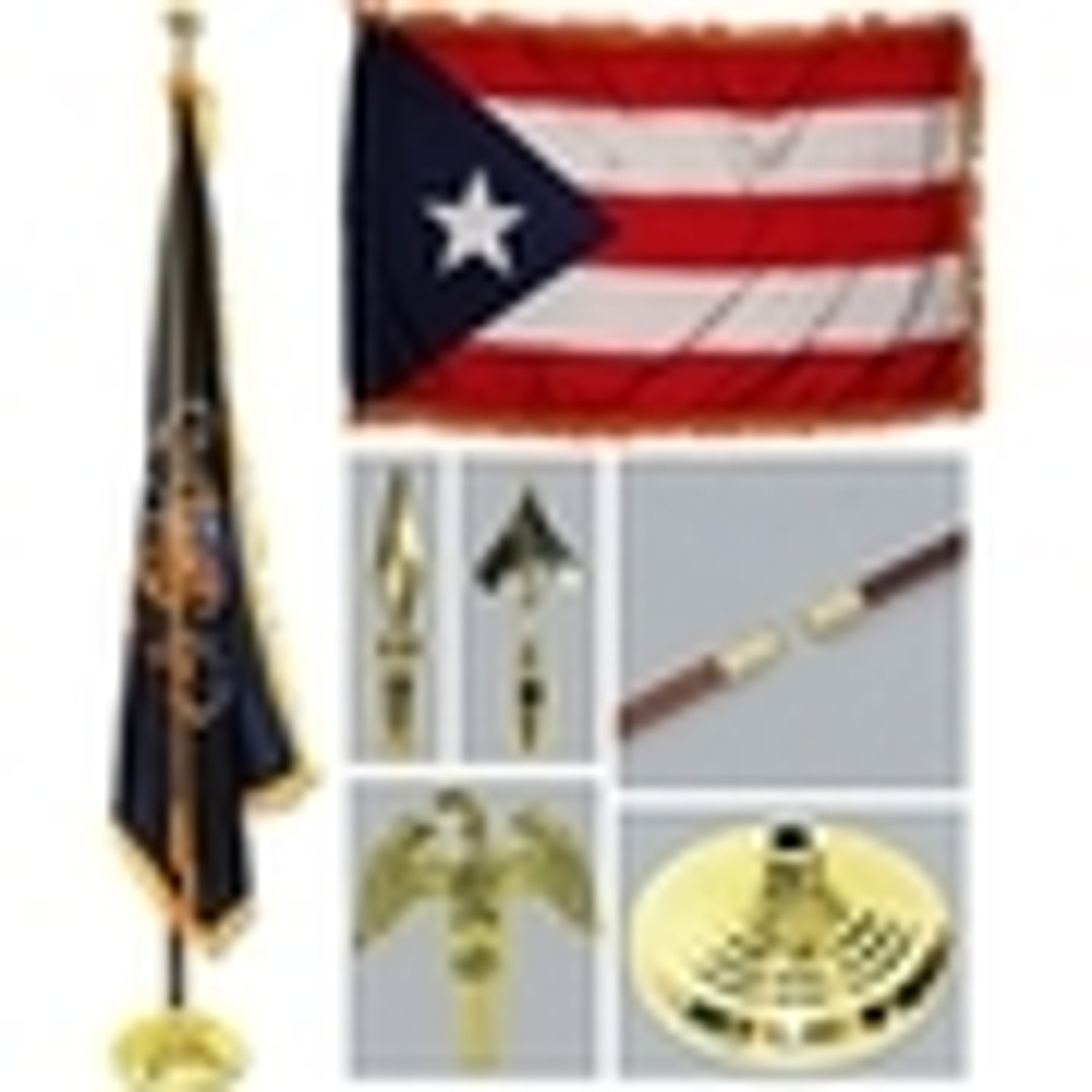 The term United States of America also includes its territories. Currently, there are five territories that are permanently settled with people, including Puerto Rico, Guam, the US Virgin Islands, American Samoa, and Northern Marianas. There are also ten other territories spread out in the Caribbean and the Pacific Ocean. When the US was still forming, many territories like Alaska and Hawaii eventually became states.

United States Flag Store recognizes all the flags of the United States of America including its territories. We understand that their residents like to display their pride as well. With our indoor US territories flag kits you can easily display the flag of Puerto Rico or Guam. Our kits are all-inclusive, including the desired flag, pole, base, and tassel. We also offer a symbolic selection of toppers.

The indoor US territories flag kits work great for any home, business, church, school, or even as a backdrop for an event. We also carry the flags of American Samoa and Northern Marianas. When it comes to flags, we've got you covered!

Need help or advice? Just call 1-877-734-2458 and our friendly staff will explain the options and benefits.