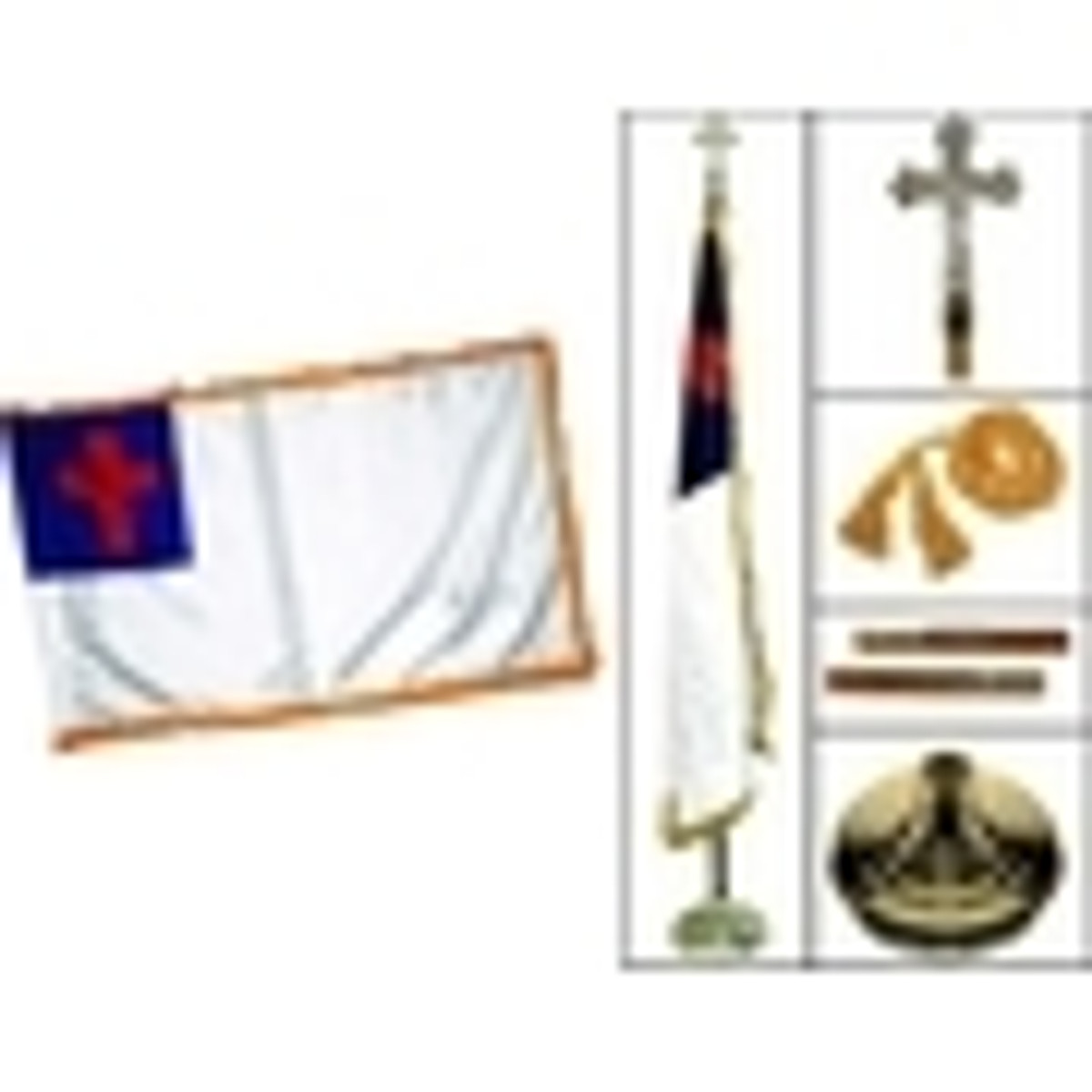 United States Flag Store understands that flags come in made different forms, which is why we also carry a selection of religious and Christian flagpole kits that are ideal for any house of worship, office or home. We offer kits that include the flag, base, pole and cross at fabulous prices that start as low as $135. Customers will be able to order a kit for a Christian flag as well as Buddhist, Episcopal, Israel, Presbyterian and United Methodist flags. We even carry the Vatican flag.

The separation of church and state is always an ongoing battle as well as a source of controversy and that applies to flags as well. While the US Flag Code dictates that the American flag must always be given prominence over other flags, the Christian Flag Code, written by James Russell Pollock, doesn't agree on that point, feeling instead that God should take precedence over government. Pollock attempted to put an end to the debate in 1938 by staying that the flags should be side by side.

According to the US Flag Code, a religious flag may only be flown over Old Glory during a church service that is conducted by a Navy Chaplin at sea for the funeral of navy personnel. The debate rages on.

Need help or advice? Just call 1-877-734-2458 and our friendly staff will explain the options and benefits.