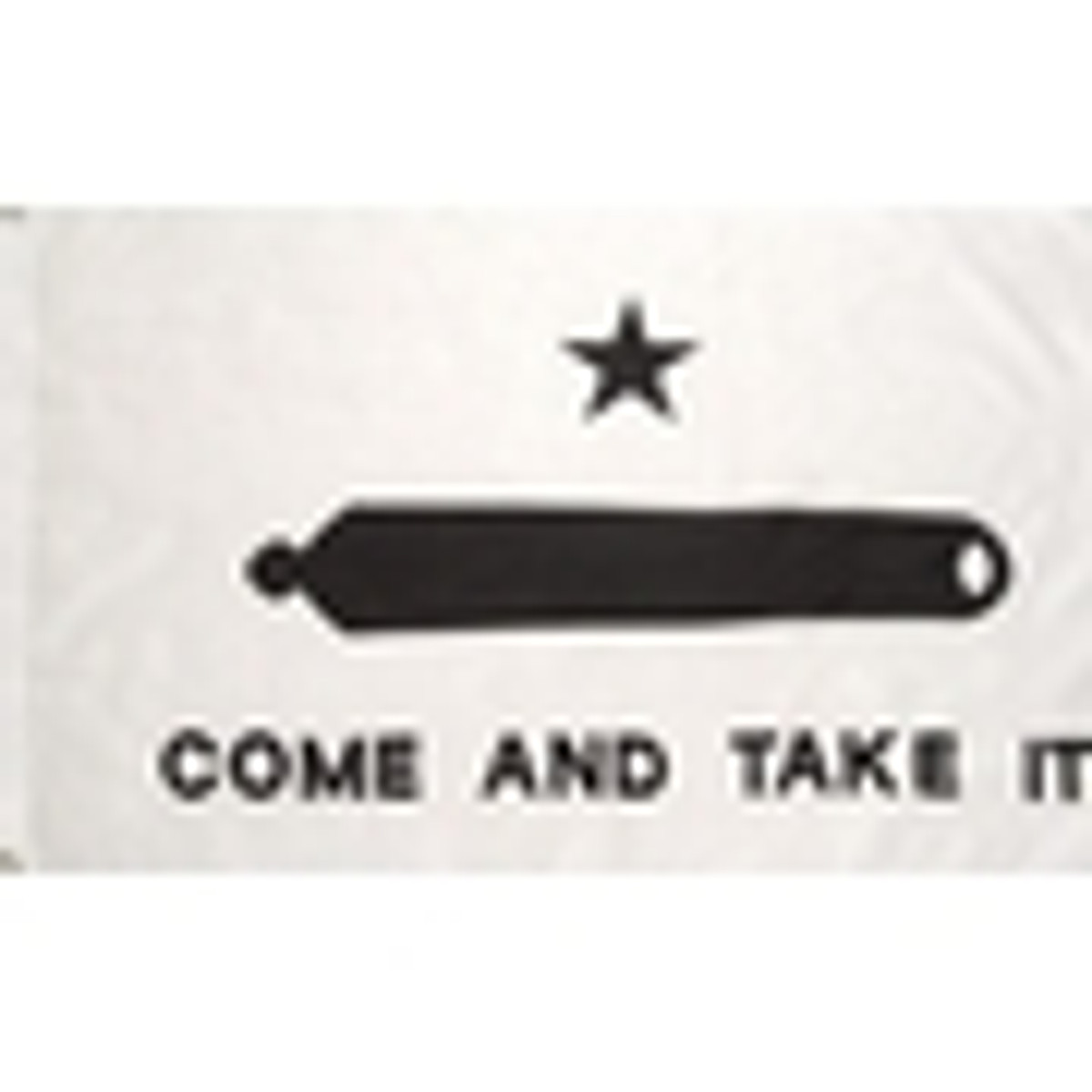 The Battle of Gonzales was one of the first battles of the Texas Revolution in 1835 between Texas and Mexico. Also known as the "Come and Take It" flag, the Gonzales flag features a cannon with a star above and the aforementioned wording as the battle itself was initiated when a Mexican official asked Texans to return a cannon they had lent settlers for protection against marauders. While not a hugely significant battle otherwise, it is considered to really be the start of the Texas Revolution. The United States Flag Store carries not only printed polyester versions of this flag measuring 3' x 5', but also decals and even temporary tattoos, which are ideal for proud Texans and military buffs alike.