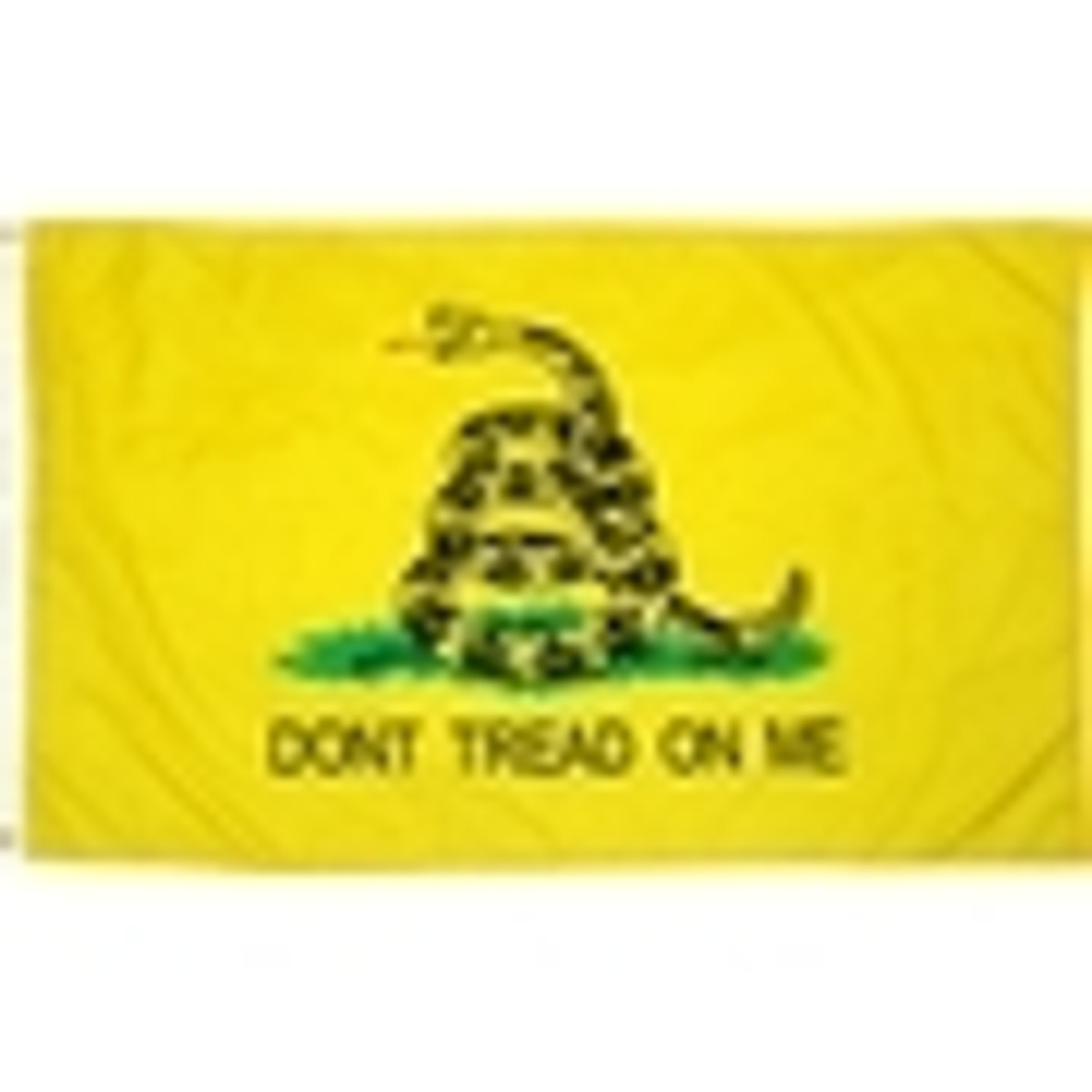 These designs of Gadsden flag T shirts are available only at the US Flag Store. Our Gadsden shirts are made in house, they are high quality, value priced, and 100% heavy duty Fruit of the Loom cotton. Our Gadsden T shirts make great gifts! Available in a choice of colors including black, sizes: S - 3XL.

United States Flag Store carries this symbol on flags and t-shirts – both with modern and historical interpretations. All Gadsden flag shirts are printed in house on Fruit of the Loom cotton shirts in sizes from men’s small to 3XL. All historical Gadsden flag t-shirt designs use the original flag symbol, which, prior to the Revolutionary War, was seen on the Rhode Island colony flag. Modern interpretations of the Gadsden symbol include a rattlesnake and other patriotic symbols, mainly the flag and rifles. In all cases, the snake is accompanied by the saying, “Don’t tread on me.”