Whether it be nylon, polyester or plain cotton, the American flag is more than fabric and thread. It represents each of us, our past, present and future. Great sacrifices and national pride are stitched into its stars and stripes, and it stands as a symbol of hope, opportunity and freedom. The flag is not an inanimate object. It flies freely with a life force powerful enough to unite an entire nation.

Since every person has the right to own and display the American flag, it's important to treat it with respect. Representatives of 68 national organizations including the Army and Navy came together to create the United States Flag Code, which became public law about a year after the attack on Pearl Harbor. This code formalizes and unifies a set of instructions on handling, displaying and caring for the American Flag. It also indicates inappropriate use and disrespectful behavior. By following these rules, you are showing the flag and our nation your reverence and pride.

What are the rules or codes for displaying an American Flag?

There are many display guidelines for how to respectfully showcase the united states flag. All sections of the flag code are important and should be properly read before you hang your United States flag. Some important display codes to remember would be:

These listed display codes are not the only codes on how to properly display the American flag. There are more that should be read to ensure you are respecting the flag. You can find them here on usa.gov.

What are 3 things one should never do out of respect to the flag?

Again it is important to note that these listed codes are not the only ones that should be followed when respecting and hanging an American flag.

How to hang an American Flag vertically?

When hanging an American Flag against a wall, vertically or horizontally, the Flag’s union side should be at the top, to the Flag’s own right and the observer’s left.

How to display the American flag at home?

There are a couple of way a homeowner can display an American flag with pride and respect on their property. Some methods of at home display include in ground flag poles, telescoping flag poles, and wall mounted flag poles. It also important to remember when displaying an American flag at home that at night your flag should be properly lit otherwise it should be taken down and brought in at night. You can find an excellent flagpole light to go with your flagpole.

When to fly a United States flag at half mast?

In times of mourning the American flag is flown at half-staff. The term “half-staff” refers to a flag positioned one half the distance between the top and bottom of the staff.

NOTE: For flag information and the regulations listed in the Flag Code, please click on the links below. 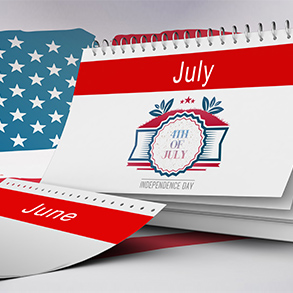 When to Fly the Flag 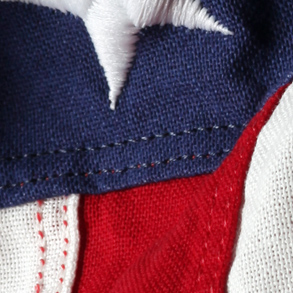 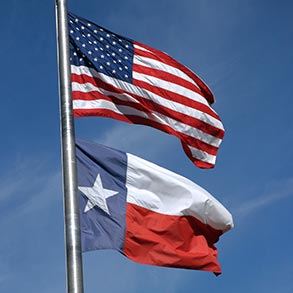 Displaying the Flag with other Flags 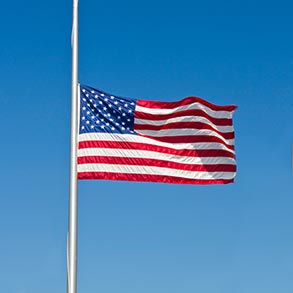 Flying the Flag at Half-Staff 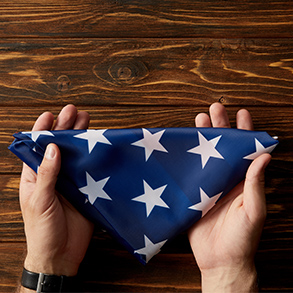 Caring for your Flag 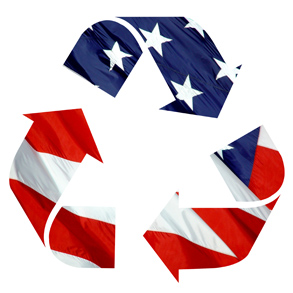 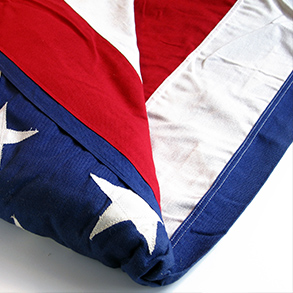 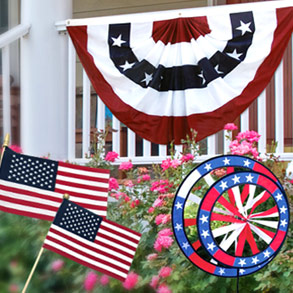 The Flag and Patriotic Decorations 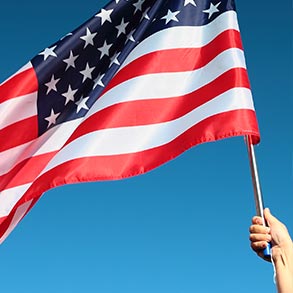 The Pledge of Allegiance 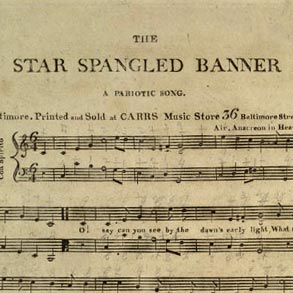 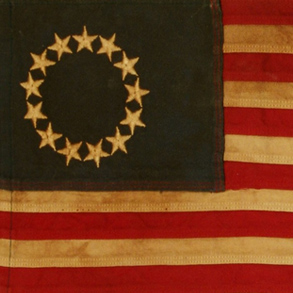