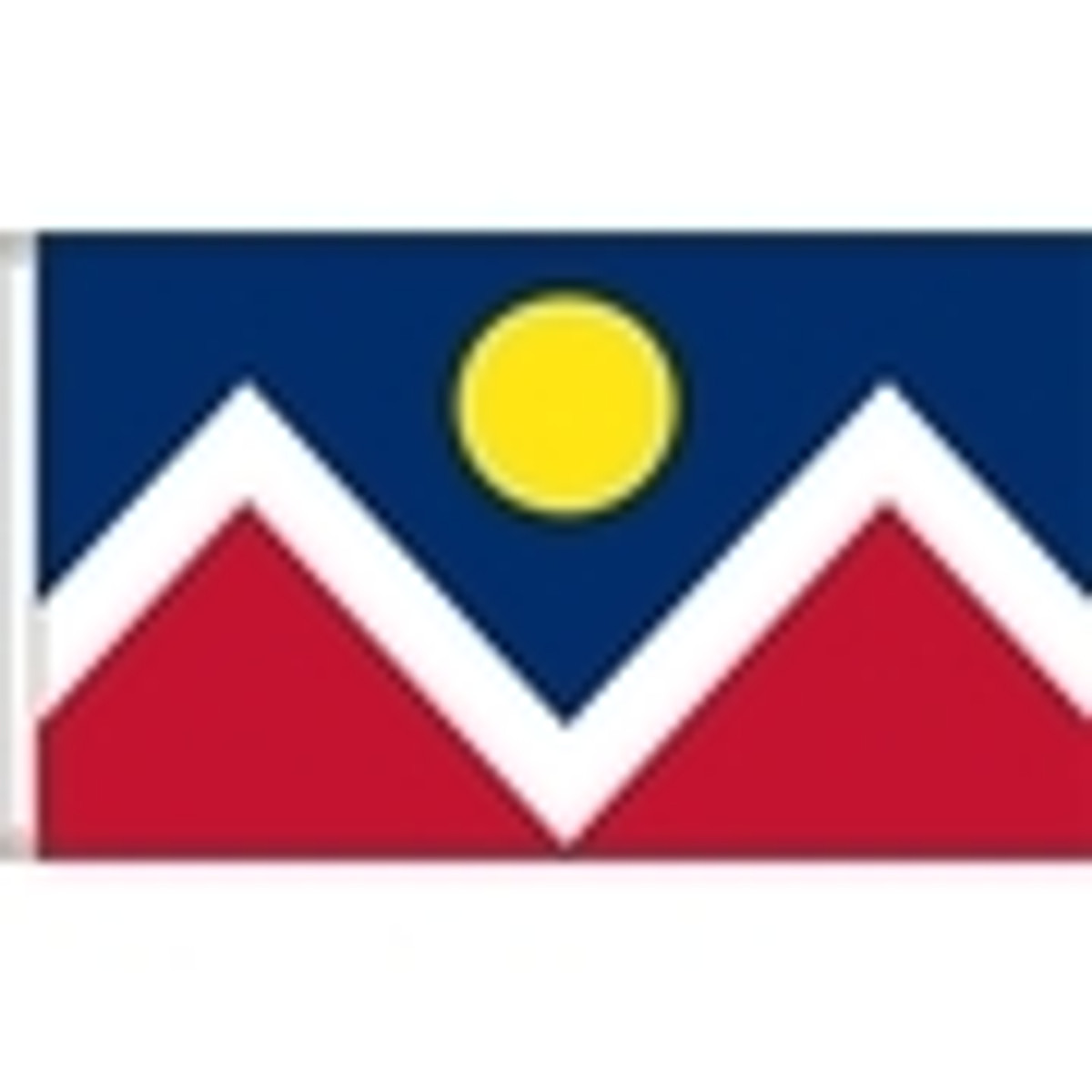 Denver was founded during the Pikes Peak Gold Rush as a mining town in November of 1858. General William Larimer named it Denver City after Kansas Territorial Governor James W. Denver. It was incorporated as Denver City in 1861. In 1865, City was removed from the name and in 1876 it became the state capital.

A local high school student designed the Denver flag which was adopted in 1926. It depicts the sun in a blue sky over the mountains. The yellow is to symbolize the gold in the state’s hills, the red is colored earth to which the word Colorado refers. The white zig-zag symbolizes the state’s Native American heritage and the circles position symbolizes the city’s central location in the state.

We have a great range of sizes available, check them out below!