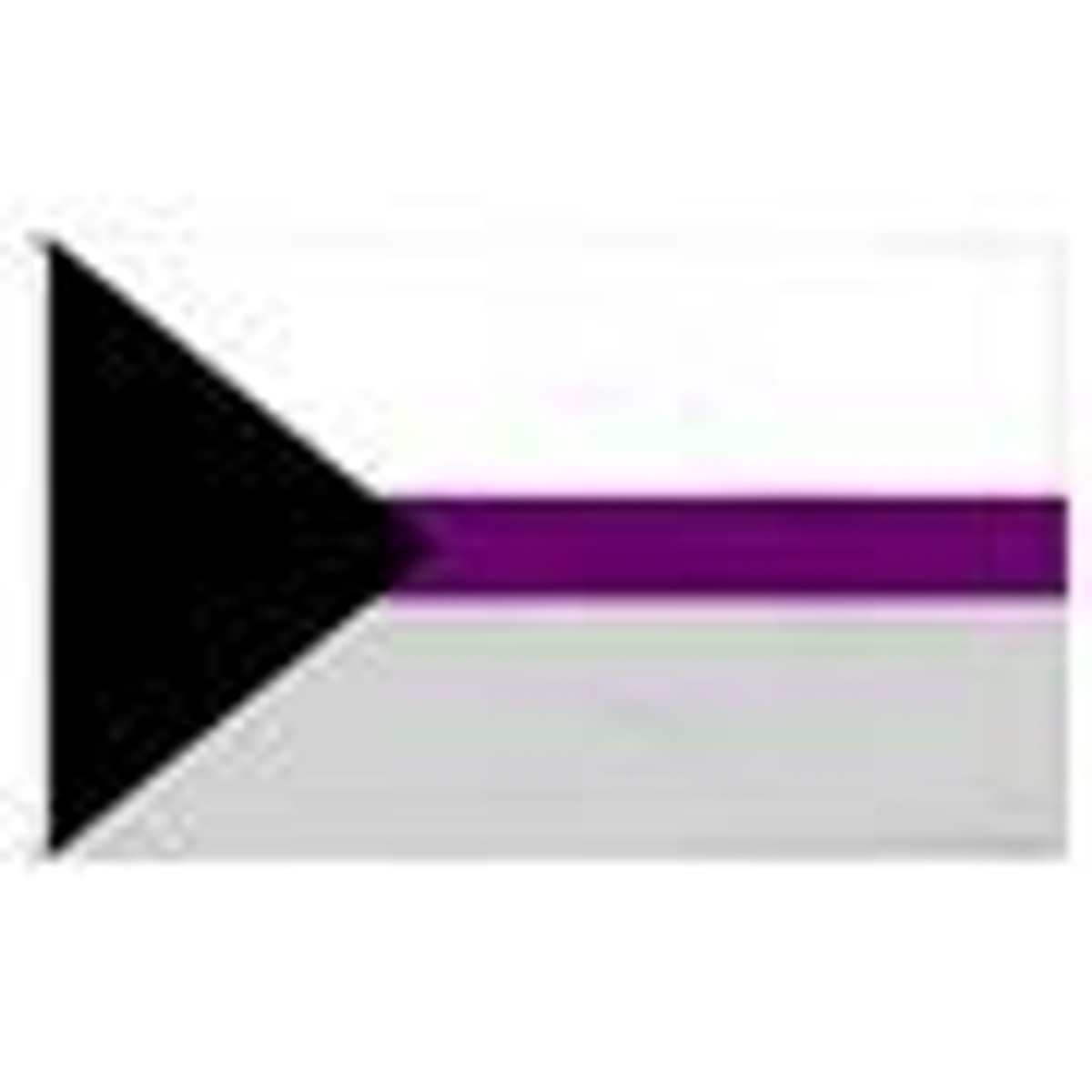 Individuals who identify as Demisexual feel that they have to have a strong emotional connection with someone before they can develop a sexual relationship with someone. The Demisexual Pride flag is a great way to show your support and spread awareness for the Demisexual community. Shop here to find vibrant and durable outdoor demisexual flags!

The demisexual flag was created by an internet user on the site AVEN, who at the time had expressed how they identified within demisexuality and found others who felt similarly. From there naturally like any group of people that wants to be recognized, the creation of the Demisexual flag came about. The Demisexual Flag is made up of four colors; purple, white, gray, and black. The design of the flag is a black triangle towards the lefthand side of the flag with a horizontal white, purple, and gray stripe behind it. In the flag the colors asexuality (black), demisexuality (gray), sexuality (white), and community (purple).

Asexuality is when an individual has a lack, little, and/or no interest in sexual activity, while demisexuality is when an individual has to have an emotional attraction to someone before they can have a sexual attraction. Demisexuality and Asexuality do have a lot of similarities including in their flags. Both orientations have the same flag colors, however the difference is that a demisexual flag has a black triangle on it. Support the demisexual community and the asexual community with their pride flags!

Can you be straight and demisexual?

Demi means half meaning half asexual and half sexual when it comes to demisexuality. Individuals who identity as demisexual do not feel primary attraction like many other people other do when they initially meet someone. Instead demisexuals experience second hand attraction like many people would after already knowing someone for a while. So anyone of any sexual orientation or identity can be a demisexual; straight, gay, bisexual it does not matter. With demisexuality what matters is how you feel attraction.