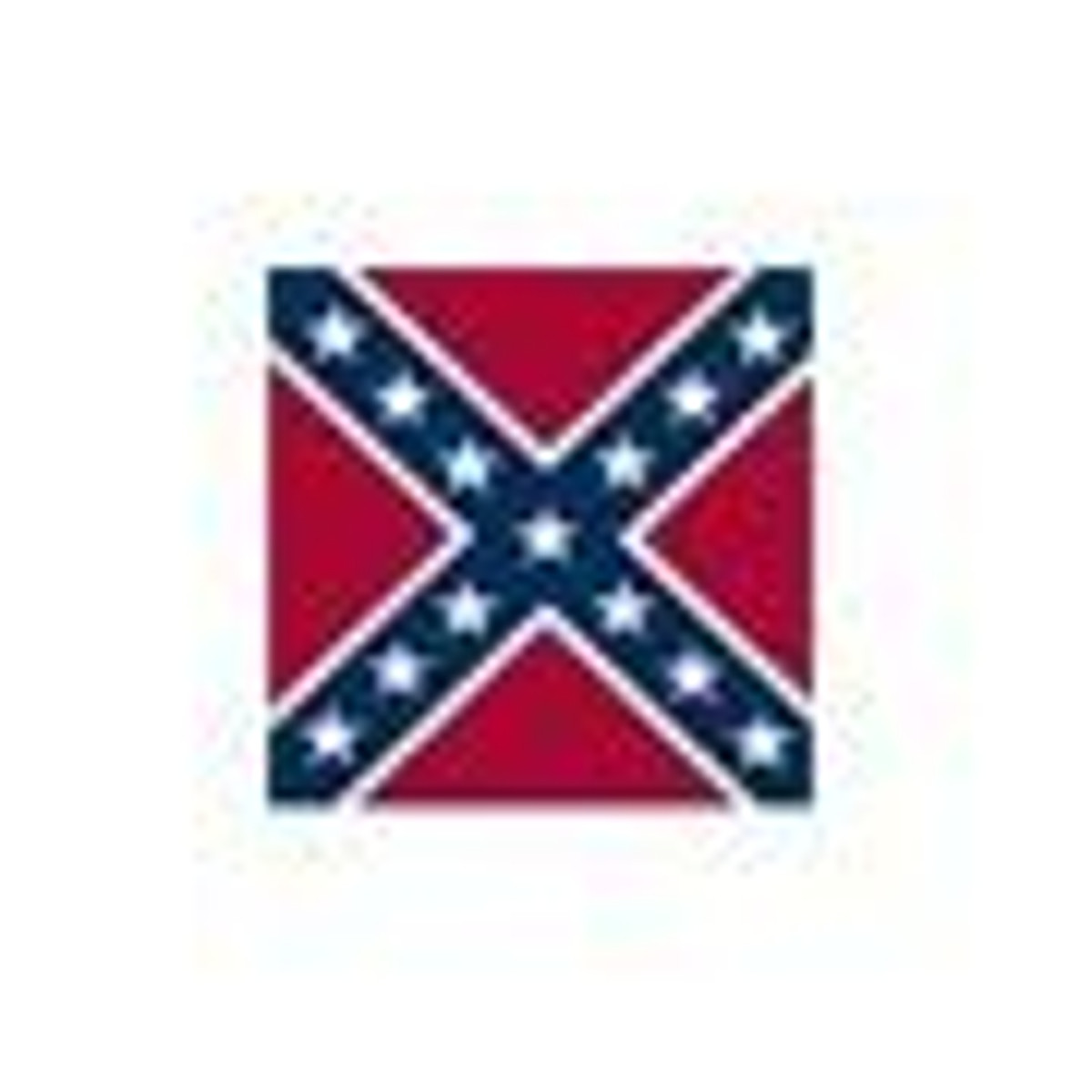 History of the Confederate Battle Flag

Confusion was caused by the commanders not being able to distinguish their troops from those of the enemy and adding to these difficulties was the fact that the "Stars and Bars" was so similar to the "Stars and Stripes". General Beauregard was determined to remedy the flag problem, he attempted to have the Confederate flag changed but Congressman William Porcher Miles suggested that the army adopt its own distinctive battle flag, and recommended the design he had presented to the Congress as the Confederate Flag on March 4, 1861. This flag was agreed upon but it was recommended that it would be more convenient and lighter as well as less likely to be tore by bayonets or tree branches if made square. Other flags such as State regimental colors were used by the Confederacy on the battlefield, but the Battle Flag, although it was never officially recognized by the Confederate government, came to represent the southern "cause" to most people.

We stock the Confederate Square Battle Flag in 3ft x 3ft sizes in nylon and polyester. The polyester flags are made outside of the US and are excellent value. The are good quality flags but are not as durable as the nylon product.