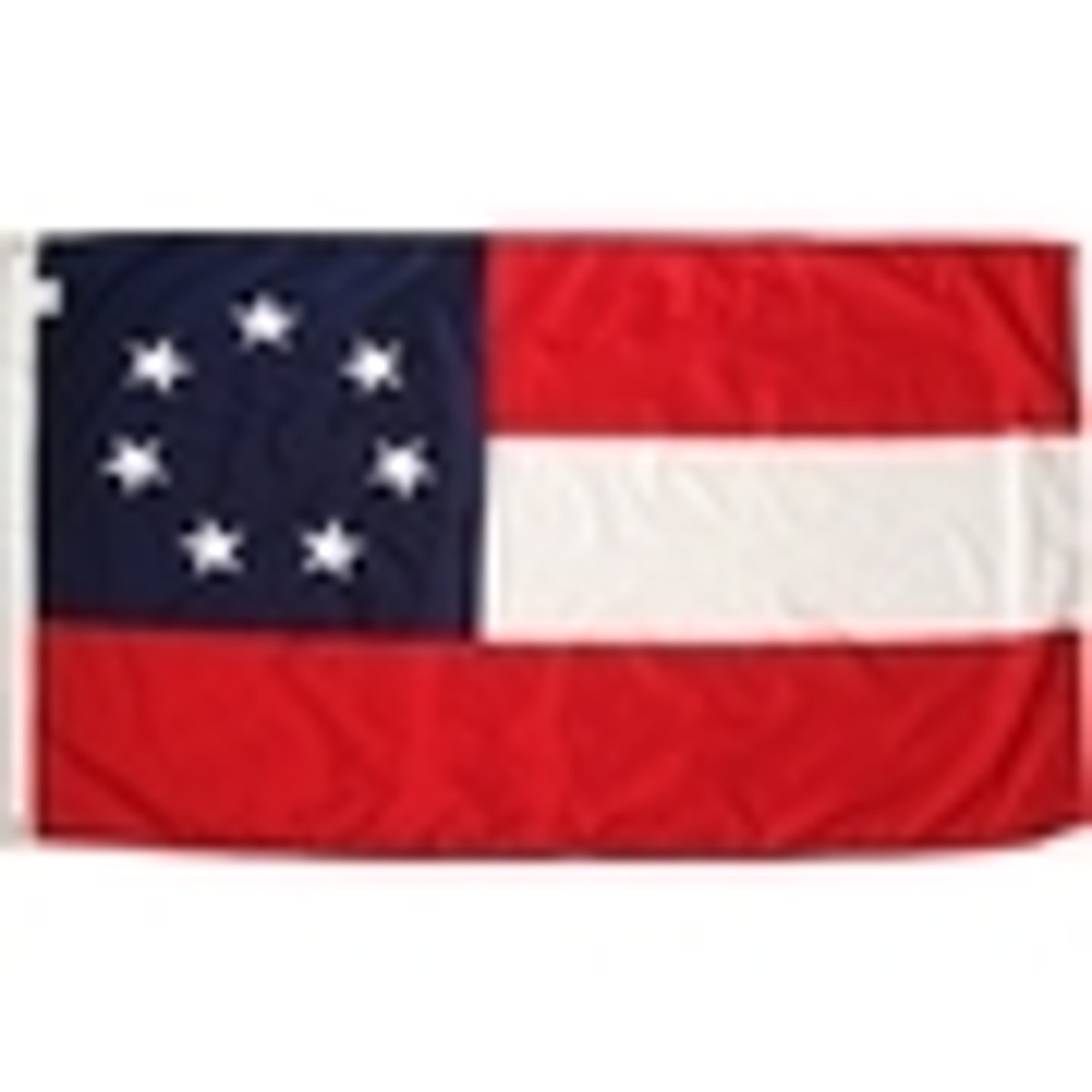 The Confederate 1st National Flag was adopted, but never officially enacted. When the flag was first raised over the capitol building in Montgomery, it contained 7 stars that represented the 7 states of the Confederacy. As more states joined, more stars were needed. Eventually, 13 states joined the Confederacy and 2nd National flag was created in 1863.

The United States Flag Store offers a variety of historical flags including the First National Confederate Flag. The important piece of history is available in 3 ft. x 5 ft. sizes and comes in nylon, cotton or polyester. Cotton and polyester flags are imported and are an excellent value. Nylon flags are made of heavyweight materials and include reinforced sleeves and brass grommets. Our flags are priced low and ship quickly. Temporary flag tattoos are also available.

This flag was adopted but never officially enacted. For twenty five days the Confederate States of America had no officially approved flag. In their haste to have a flag prepared for the flag raising ceremony on March 4, 1861, congress neglected to formally enact a flag law. When this flag was first raised over the capitol building in Montgomery, it contained seven stars, representing the Confederate States. By the third week of May two or more stars were added representing Virginia and Arkansas. In July the addition of North Carolina and Tennessee increased the number to eleven and finally the admission of Kentucky and Missouri in December brought the circle of stars to thirteen. During battle this flag was sometimes confused with the Union Stars and Stripes, therefore it was replaced by the 2nd National flag in 1863.

We stock the Confederate 1st National Flag in 3ft x 5ft sizes in nylon, cotton & polyester. The 100% cotton and single-ply polyester flags are made outside of the US and are excellent value.