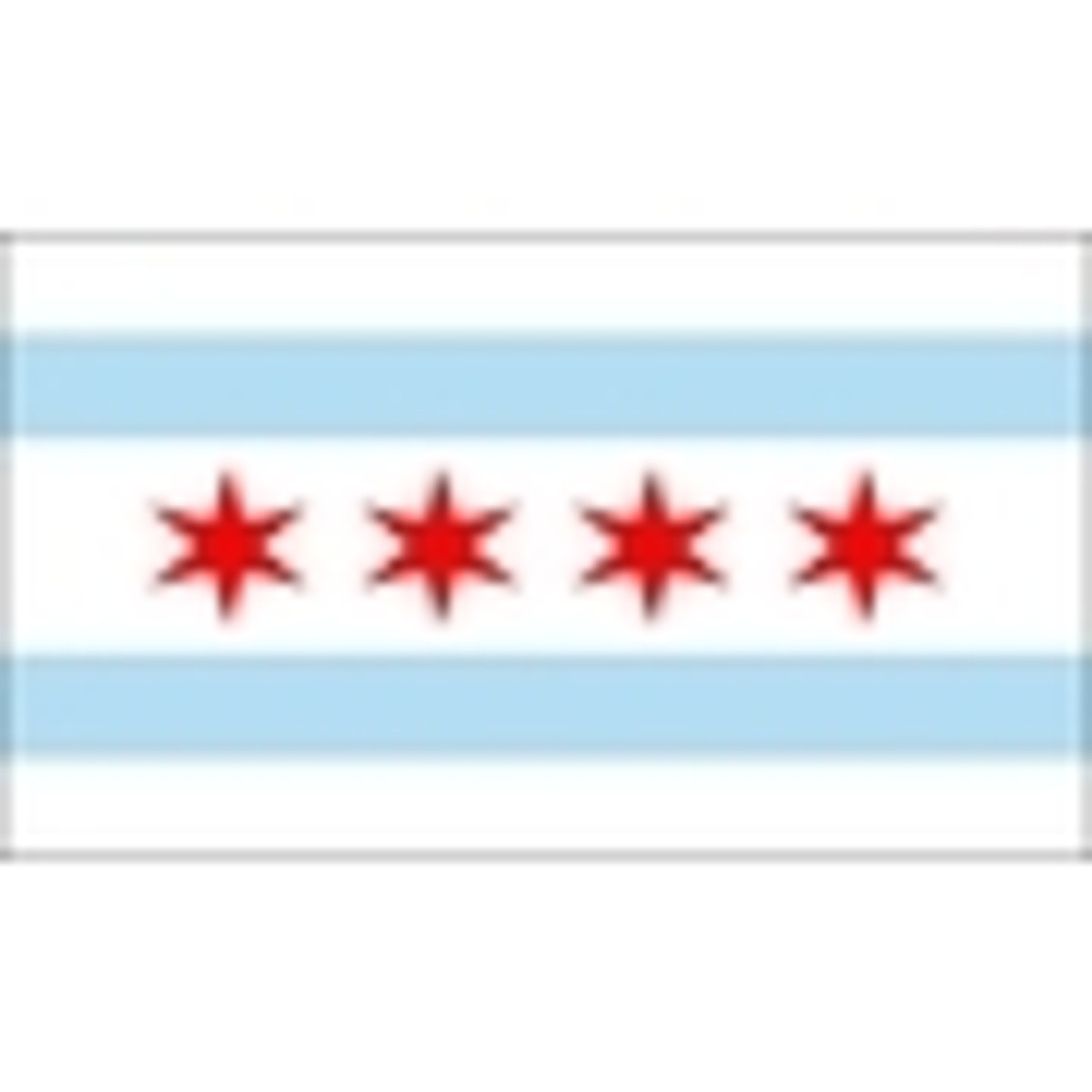 Chicago was founded in 1833 and is now one of the third largest cities in the country. The city’s name is a French rendering of “shikaakwa”, which is a Native American word from the Miami-Illinois language that means “wild onion”.

The three white stripes on the flag represent the North, West and South sides of the city while the blue stripe represents Lake Michigan along with the North Branch of the Chicago River. The blue stripe on the bottom represents the South Branch of the Chicago River and the Great Canal. The four red stars from left to right represent the following, Fort Dearborn, The Great Chicago Fire of 1871, The World’s Columbian Exposition of 1893 and The Century of Progress Exposition.

Represent your city and all it stands for! Get your Chicago flag today!