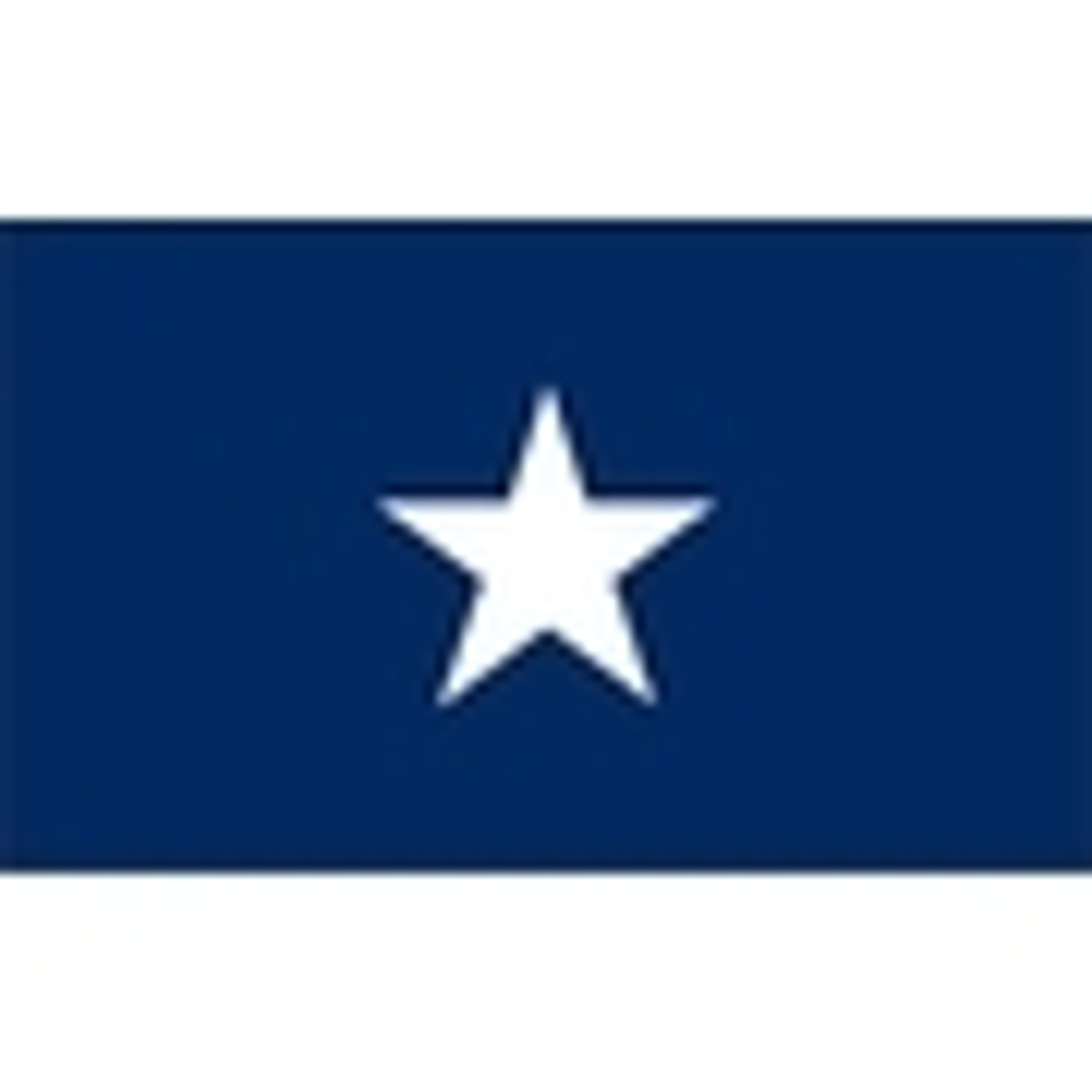 The Blue Flag with the White Star

At the United States Flag Store, we are no stranger to historical flags and the Bonnie Blue Flag is no exception. Whether you are a history buff or you would like to join in on the Civil War reenactment crowd on the weekend, these flags are suited to do just that.

We carry a variety of Bonnie Blue flags for you to choose from. We offer nylon and printed polyester with sizes in the classic 3ft by 5ft down to the smaller 4 inch by 6 inch made of printed polyester, perfect to put on your desk or to hand out at parades and special events.

The Bonnie Blue Flag dates back as far as 1810 and is actually thought of to be the very first Lone Star Flag in recorded history of the United States. The flag was used to represent the Republic of West Florida, similar to the short-lived Republic of California that happened decades later. The Republic of West Florida consisted of land in Louisiana, east of the Mississippi that would later be annexed by the United States in the Louisiana Purchase approximately 3 months after the Republic's inception. This version of the flag saw a lighter shade of blue for its main field.

On September 11, 1810 a troop of West Florida dragoons set out for the provincial capitol at Baton Rouge under this flag. They were joined by other republican forces and captured Baton Rouge, imprisoned the Governor and on September 23, 1810 raised their Bonnie Blue flag over the Fort of Baton Rouge. Three days later the president of the West Florida Convention, signed a Declaration of Independence and the flag became the emblem of a new republic. By December 10, the flag of the United States replaced the Bonnie Blue after President Madison issued a proclamation declaring West Florida under jurisdiction of the Governor of the Louisiana Territory. With this rebellion in mind, this flag was used by the Republic of Texas from 1836 to 1839.

In 1836, Congress of the Republic of Texas would vote in favor using a variation of this flag that had a darker blue field with a gold star in the middle, this would be known as the "Burnet flag." David Gouverneur Burnet had served as Vice and Interim President of the Republic of Texas as well as Secretary of State for Texas when it later became a state in the Union. There would be variants of this flag throughout this time which saw the star either with different colors, facing other directions and some with the word "Texas," around it.

Mississippi would use this flag when they decided to secede from the Union in 1861. This imagery or that similar of it would be used in flags by other Southern states seceding from the Union as well. With this in mind, it is considered that the Bonnie Blue Flag was the unofficial banner flag of the Confederate States of America.

The Bonnie Blue flag is representative of independence as seen with the solitary star. While the Bonnie Blue flag does have its roots in southern states during the time in which they had seceded from the Union, therefore it can possibly be interpreted as offensive, the flag itself isn't very strongly associated with the Confederacy.

Who sang the bonnie blue flag? Who wrote the lyrics?

Harry McCarthy sang and wrote the lyrics to "The Bonnie Blue Flag," song.

Be sure to check out our wide selection of Historical Flags, spanning centuries of United States history as well as our Military Flags which houses flags from all branches of the United States Military.