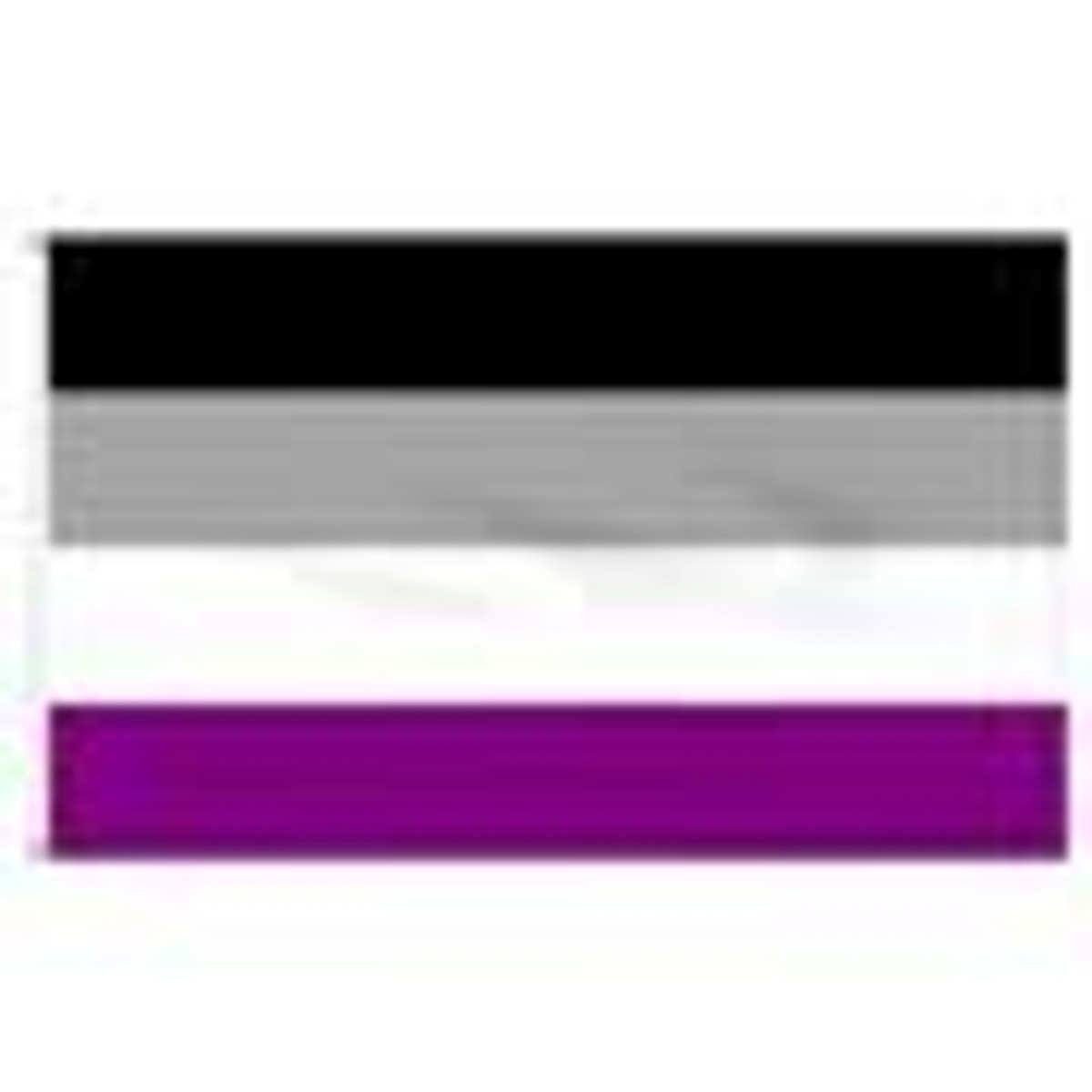 The asexuality identity flag consists of four horizontal stripes: black, gray, white, and purple from top to bottom. Asexuality is defined as having little, lack of, and/or absent interest in sexual activity with others. In the asexual flag the colors mean the following the black stripe for asexuality, the gray stripe for gray-asexuality and demisexuality, the white stripe for non-asexual partners, and the purple stripe for community. Ace or ACE is a term commonly used in the asexual community it is the short hand for the term asexuality. Support Asexual Visibility by displaying your own asexual flag!

The LGBTQ+ community is made up of many sexual orientations, identities, and binarys. Each of those orientations, identities, and binarys does often have a flag that acts as a symbol of representation and a symbol of empowerment for their communities. These symbols spread awareness and offer support to the many communities in the LGBTQ+ umbrella. Here we have a huge selection of over 50 different styles and types of pride flags like the Genderqueer flag, Demisexual flag, Polysexual flag, Rainbow flags, and so much more!

Non-Binary is defined as not being male or female. Being non-binary means that your gender identity falls outside the gender binary, for the people this applies to they feel their gender is not male or female. Asexuality is defined as having a low, lack, and/or absent interest in sexual activity with others. You can find both the Asexual flag and the Non binary flag here!

The Asexuality Flag and the Gay Flag: A Comparison

The asexual flag and the original gay flag have many differences in their designs and message but the overall purposes of the flags is to support, spread awareness, and act as a symbol for their communities. The original gay flag or the rainbow flag is the most common LGBTQ+ flag. The design of the rainbow flag is six horizontal stripes in this order red, orange, yellow, green, blue, and violet. The asexual pride flags design and meaning is the black stripe for asexuality, the gray stripe for gray-asexuality and demisexuality, the white stripe for non-asexual partners, and the purple stripe for community.

The Different Asexuality Flags and What They Mean

Why is the asexual flag purple?

The asexual pride flag has four horizontal stripes the last one is purple and it symbolizes community. The creator of the flag did this so that everyone felt included under the asexual umbrella.

Is asexual a part of pride?

Yes, all sexual orientations, gender identities, and binarys are a part of pride. Celebrate pride with a new pride flag shop here to find a wide selection!

Is there a demisexual flag?

What is the ace spectrum?

ACE is a term commonly used in the asexual community it is the short hand for the term asexuality, the ace spectrum is the how individuals who identify as asexual fall into their sexuality. Asexuality has fluidity like most identities and sexualities nothing is clearly defined. For some ace individuals they do have an interest in sex because their partner does, for others they have an interest solely to have children. The spectrum is wide and there is no one definition for it.