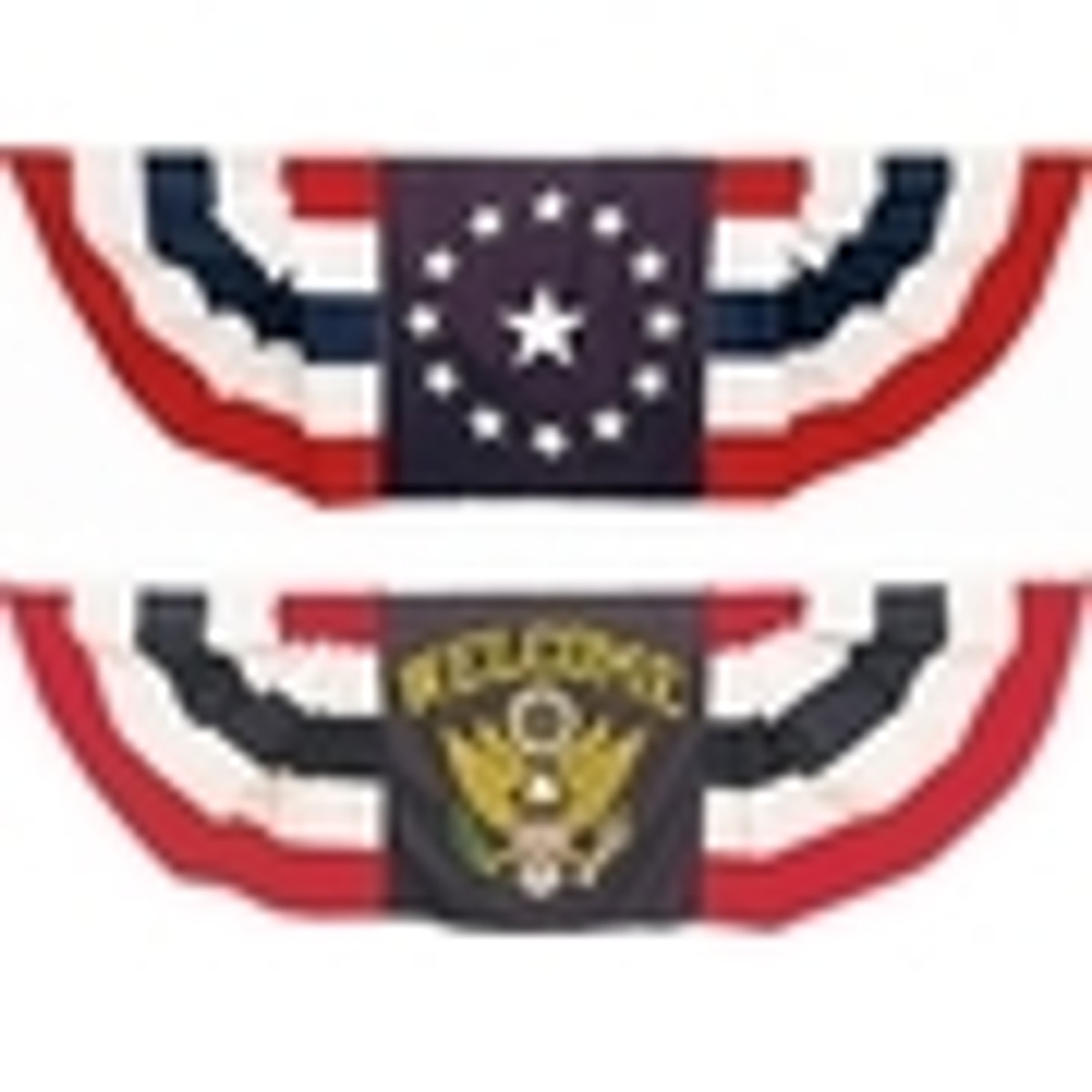 Annin Flagmakers is one of the oldest and largest flagmakers in the U.S. and has played a vital role in many historical moments, from the assassination of President Abraham Lincoln to the Apollo 11 moon mission and the inauguration of President George W. Bush. In addition to traditional flags, Annin also produces pleated fans, which are perhaps more commonly known as bunting. Pleated fans are a great way to dress up your home or office both inside and out for patriotic holidays. We love pleated fans because they're such a fun addition to traditional flags, as well as a throwback to a popular decoration from a bygone era. We carry Annin's pleated bunting with additional décor like stars, as well as patriotic welcome messaging.