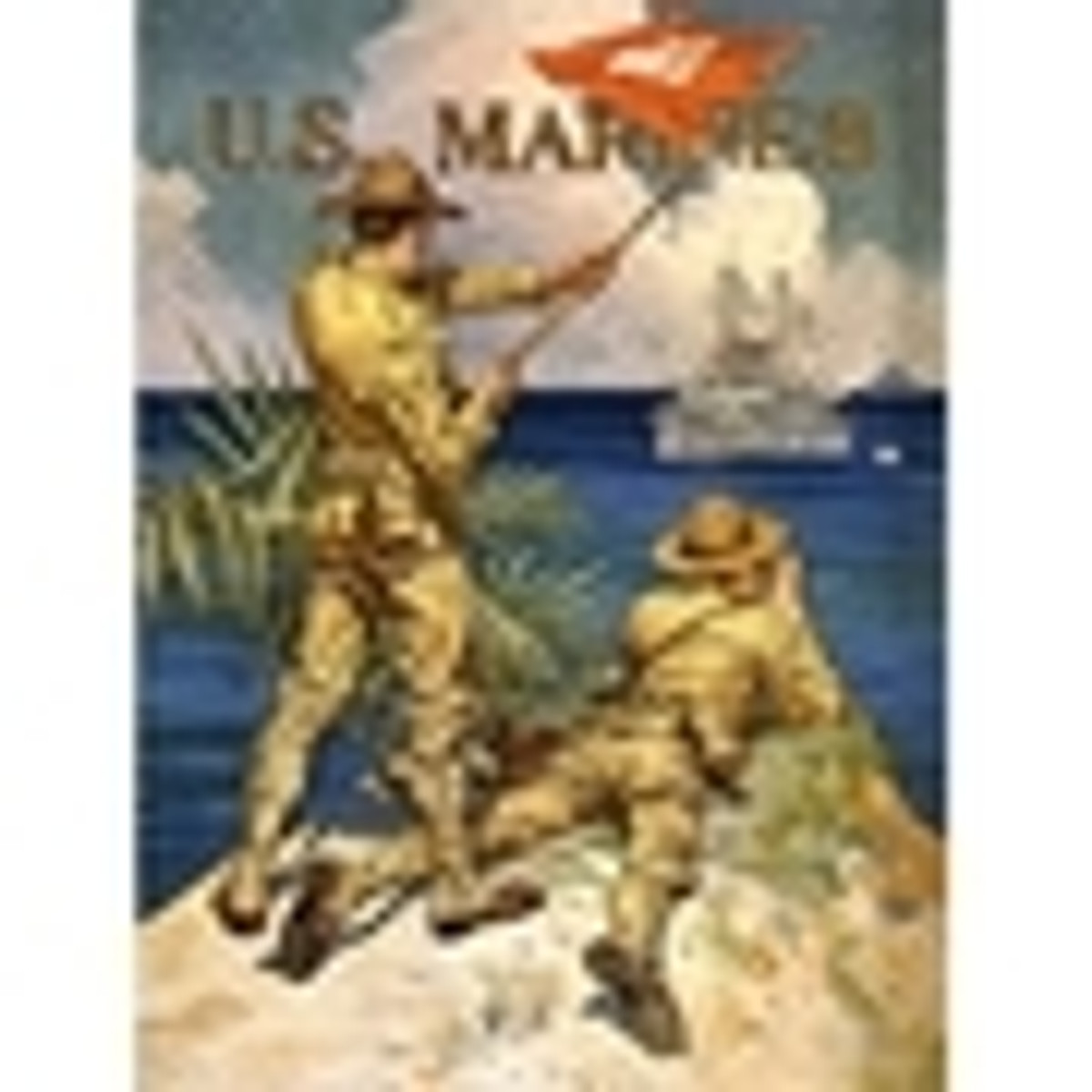 Free download of American Flag poster art images from the Library of Congress. Higher resolution images (averaging 3 to 5 Mb) are available for download for just $1.

This Free Download service is a work in progress. Your input is appreciated. Questions and comments can be directed to: images@onlinestores.com.

The Library of Congress has digitally archived many illustrations designed and published by artists and printmakers during the history of war and peace in the United States. In this section you will find digitally restored photographs of historic poster art that have been enhanced to improve their presentation. Some reconstruction and color correction was made in order to restore the overall print quality of these historic documents, reviving the colorful luster that existed at the time of publication. The original editorial content remains unchanged.

Guns, tanks, and bombs were the principal weapons of World War I and World War II, but there were other, more subtle forms of warfare as well. Words, posters, and films waged a constant battle for the hearts and minds of the American citizenry just as surely as military weapons engaged the enemy.

During the World Wars, persuading the American public became a wartime industry, almost as important as the manufacturing of bullets and planes. The U.S. Government launched an aggressive propaganda campaign with clearly articulated goals and strategies to galvanize public support, and it recruited some of the nation's foremost intellectuals, artists, and filmmakers to wage the war on that front.

World War I, known as the Great War, stimulated the transformation of a well-established advertising tool into an effective propaganda medium for war.

Often designed by the leading artists and illustrators of the time, posters were cheap to produce and easy to distribute. Their direct slogans and visual imagery appealed to a variety of cultural and nationalistic themes that served to muster public support for the war campaign.

Many were illustrated with compelling images of heroes, sacrifice and family values. While some encouraged the purchase of war bonds and solicited donations for non-profit organizations such as the Red Cross, others promoted patriotism and warned against aiding the enemy with careless talk.

The study of this medium leads us to a greater understanding of their effectiveness as tools for propaganda, aids in the analysis of national cultural and symbolic values, and helps define ideological differences between nations at war.

The posters also provide a graphic portrayal of Allied propaganda used to educate the public and enlist support for the war effort. In addition they serve as examples of the art, design, and printing techniques of the period.

This brief visual catalog can serve as a starting point for researchers and enthusiasts to begin their analysis of the poster medium as a propaganda tool that was quite ubiquitous during the early Twentieth Century.